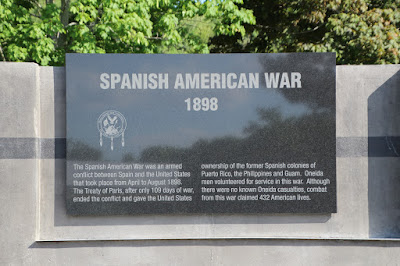 The Spanish American War was an armed conflict between Spain and the United States that took place from April to August 1898. The Treaty of Paris, after only 109 days of war, ended the conflict and gave the United States ownership of the former Spanish colonies of Puerto Rico, the Philippines and Guam. Oneida men volunteered for service in this war. Although there were no known Oneida casualties, combat from this war claimed 432 American lives.