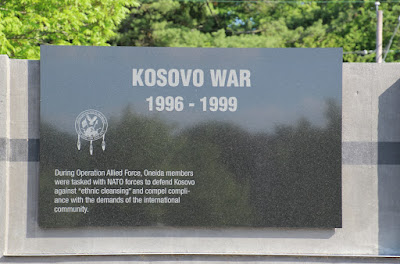 During Operation Allied Force, Oneida members were tasked with NATO forces to defend Kosovo against "ethnic cleansing" and compel compliance with the demands of the international community.