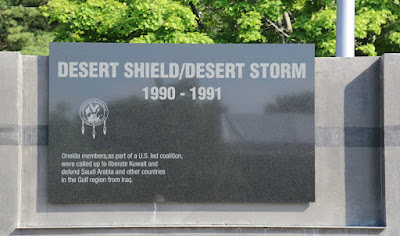 Oneida members, as part of a U.S. led coalition, were called up to liberate Kuwait and defend Saudi Arabia and other countries in the Gulf region from Iraq.