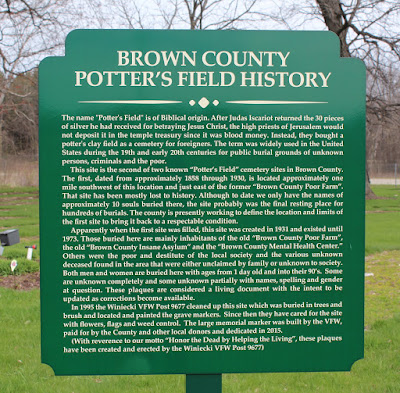 The name "Potter's Field is of Biblical origin. After Judas Iscariot returned the 30 pieces of silver he had received for betraying Jesus Christ, the high priests of Jerusalem would not deposit it in the temple treasury since it was blood money. Instead, they bought a potter's clay field as a cemetery for foreigners. The term was widely used in the United States during the 10th and early 20 centuries for public burial grounds of unknown persons, criminals and the poor.
This site is the second of two known "Potter's Field" cemetery sites in Brown County. The first, dated from approximately 1858 through 1930, is located approximately one mile southwest of this location and just east of the former "Brown County Poor Farm". That site has been mostly lost to history. Although to date we only have the names of approximately 10 souls buried there, the site probably was the final resting place for hundreds of burials. The county is presently working to define the location and limits of the first site to bring it back to a respectable condition.
Apparently when the first site was filled, this site was created in 1931 and existed until 1973. Those buried here are mainly inhabitants of the old "Brown County Poor Farm", the old "Brown County Insane Asylum" and the "Brown County Mental Health Center." Others were the poor and destitute of the local society and the various unknown deceased found in the area that were either unclaimed by family or unknown to society. Both men and women are buried here with ages from 1 day old and into their 90's. Some are unknown completely and some unknown partially with names, spelling and gender at question. These plaques are considered a living document with the intent to be updated as corrections become available.
In 1995 the Winiecki VFW Post 9677 cleaned up this site which was buried in trees and brush and located and painted the grave markers. Since then they have cared for the site with flowers, flags and weed control. The large memorial marker was built by the VFW, paid for by the County and other local donors and dedicated in 2015.
(With reverence to our motto "Honor the Dead by Helping the Living", these plaques have been created and erected by the Winiecki VFW Post 9677)

Potter's Field is located at the northwest corner of the intersection of Curry Lane and Gershwin Drive, across from the entrance to Brown County Community Treatment Center, at or near 3150 Gershwin Drive, Green Bay, Wisconsin 54311. 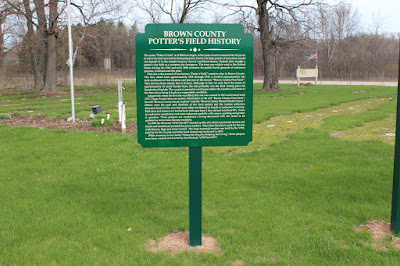 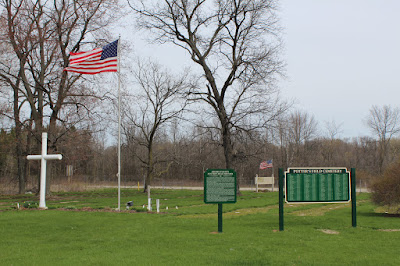 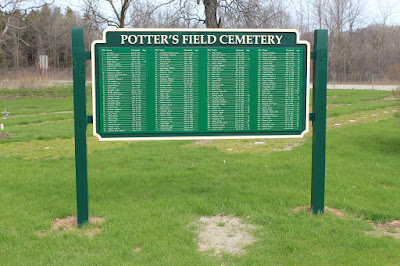 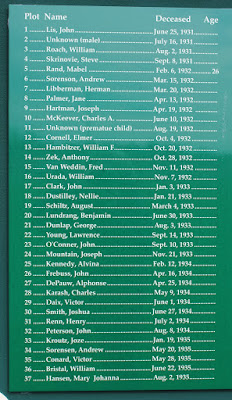 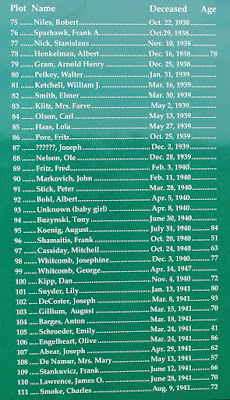 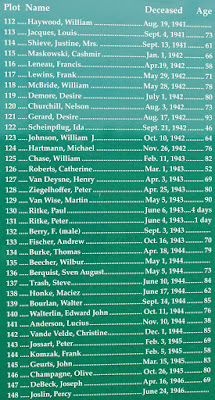 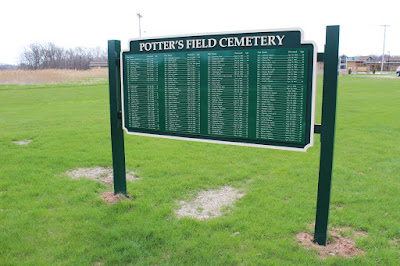 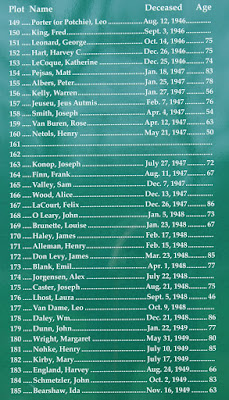 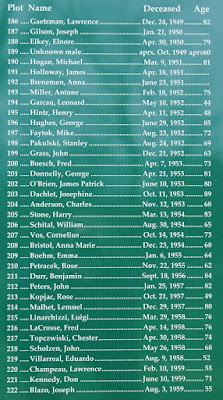 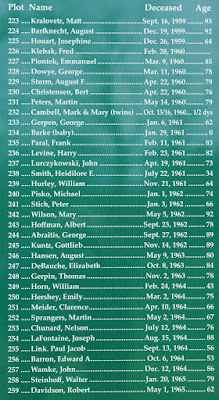 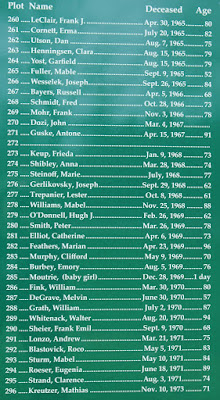 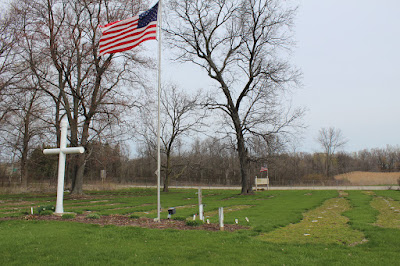 View of the cemetery, with Highway 54 / 57 in the background. 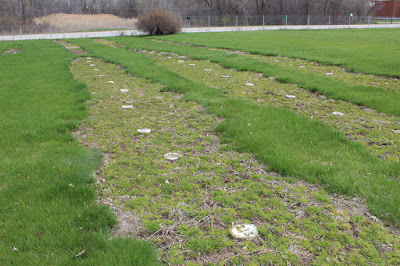 Some of the uncovered and restores rows of markers. 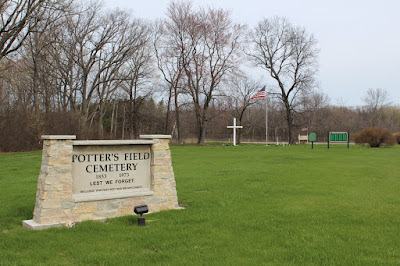 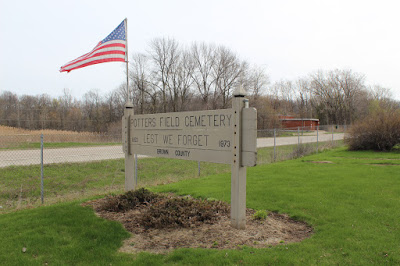 With northbound Wisconsin Highway 54 / 57 in the background. 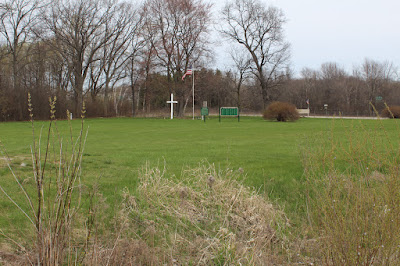 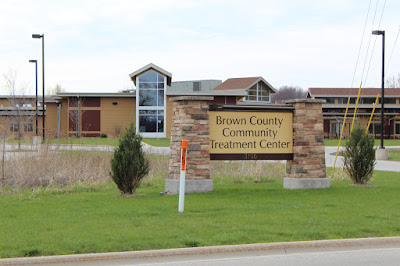 The cemetery is directly across from the entrance to
Brown County Community Treatment Center. 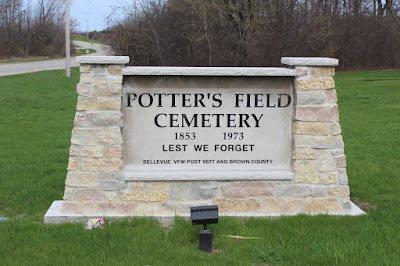