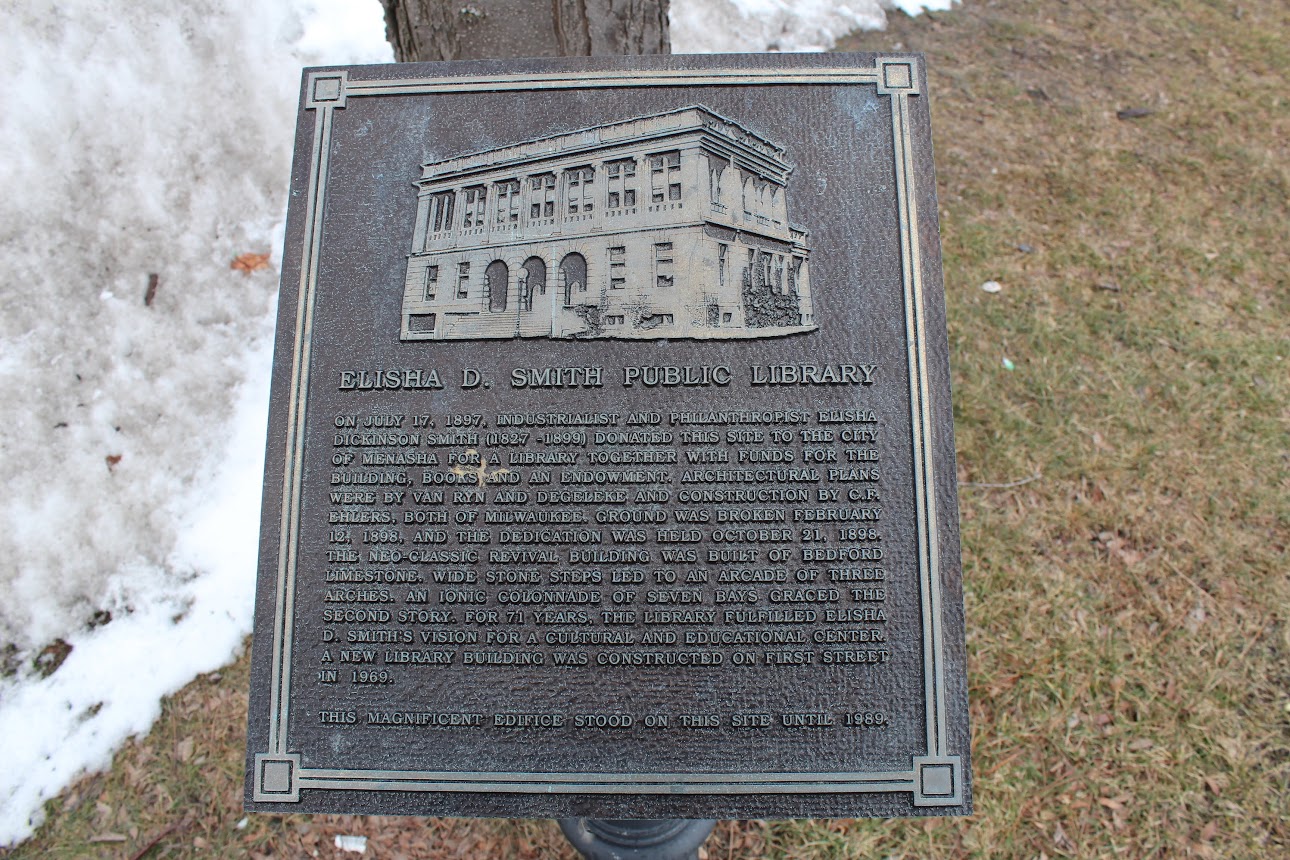 On July 17, 1897, industrialist and philanthropist Elisha Dickinson Smith (1827-1899) donated this site to the City of Menasha for a library together with funds for the building, books and an endowment. Architectural plans were by Van Ryn and Degeleke and construction by C.P. Ehlers, both of Milwaukee. Ground was broken February 12, 1898, and the dedication was held October 21, 1898. The neo-classic revival building was built of Bedford limestone. Wide stone steps led to an arcade of three arches. An ionic colonnade of seven bays graced the second story. For 71 years the library fulfilled Elisha D. Smith's vision for a cultural and educational center. A new library building was constructed on First Street in 1969.

This magnificent edifice stood on this site until 1989.

The marker is located adjacent to the Menasha Channel and is accessible from a parking lot located at the convergence of Marina Place and Mill Street, south of its intersection with Main Street, Menasha, Wisconsin 54952.

HathiTrust.org: Memorial of Elisha Dickinson Smith, 1827-1899. Miner, H.A.
This book, published in 1903, tells the story of the life of Elisha Dickenson Smith.


Elisha Dickinson Smith was borh at Brattleboro, Vt., March 29, 1827, where he grew to manhood. He was of good New English stock, on his mother's side, reaching back to the Mayflower. His home training was excellent; his mother being of cheerful, devout temperament, made the home a delightful place in which there came to be a family of three sons and four daughters, that grew to adult years . . . 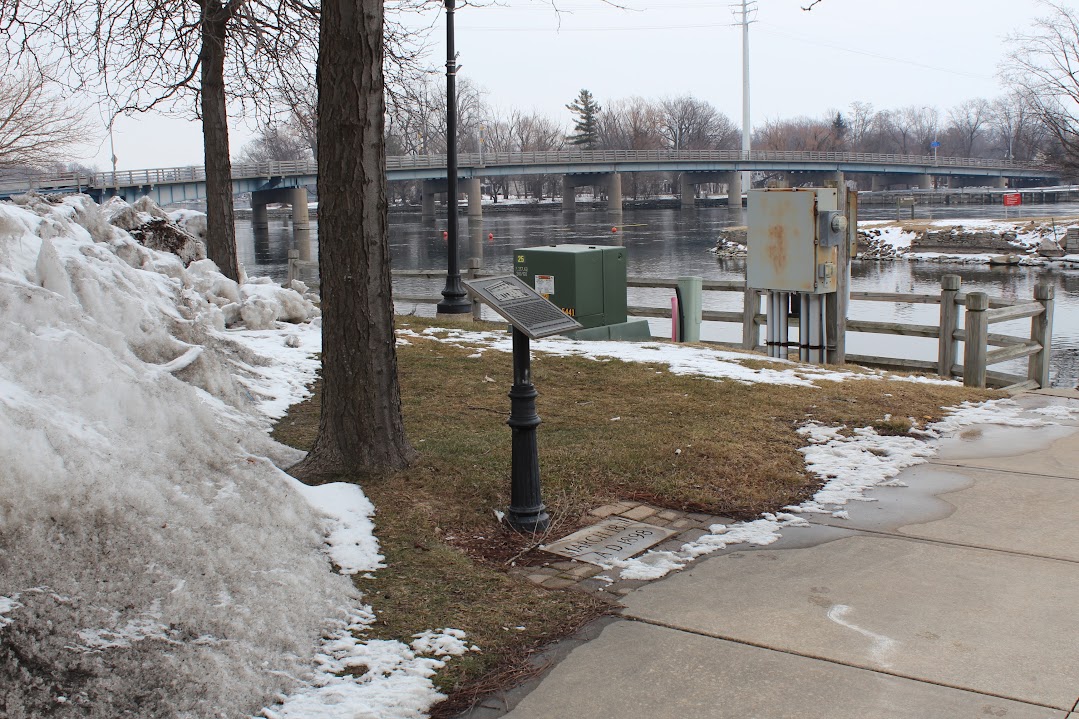 Looking south with the Menasha Channel and Racine Street Bridge
in the background. 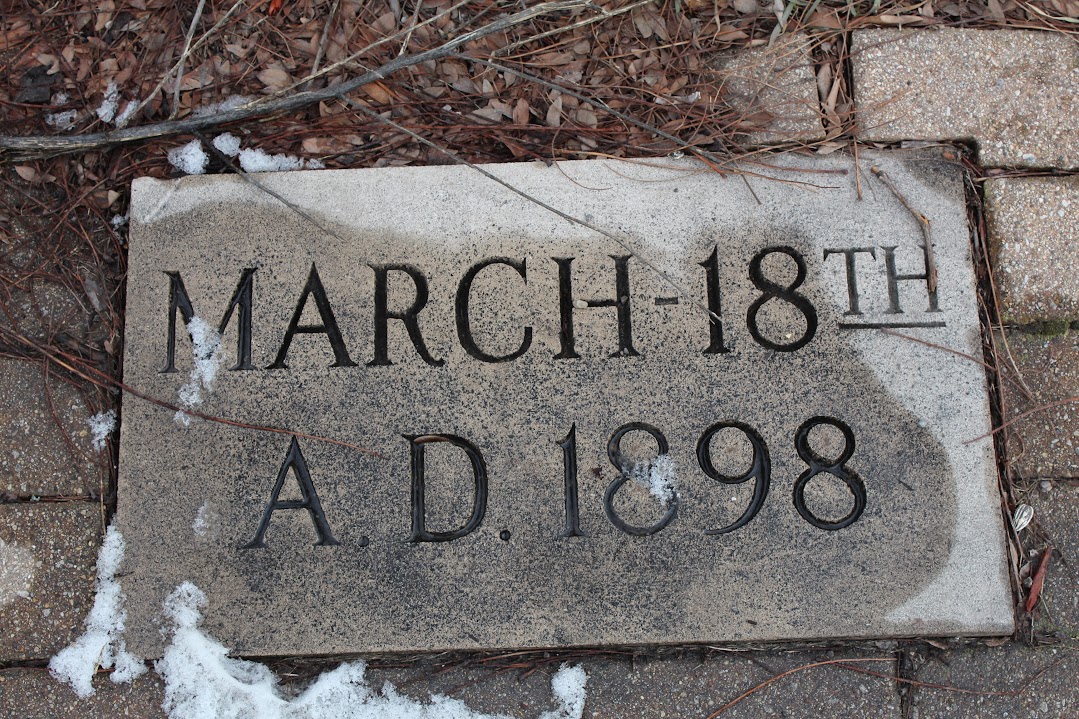 In the ground at the base of the marker. 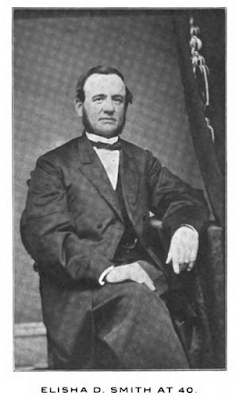 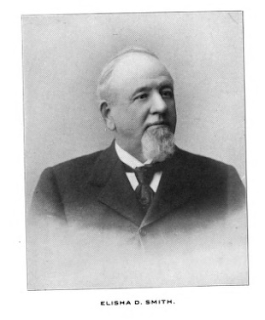 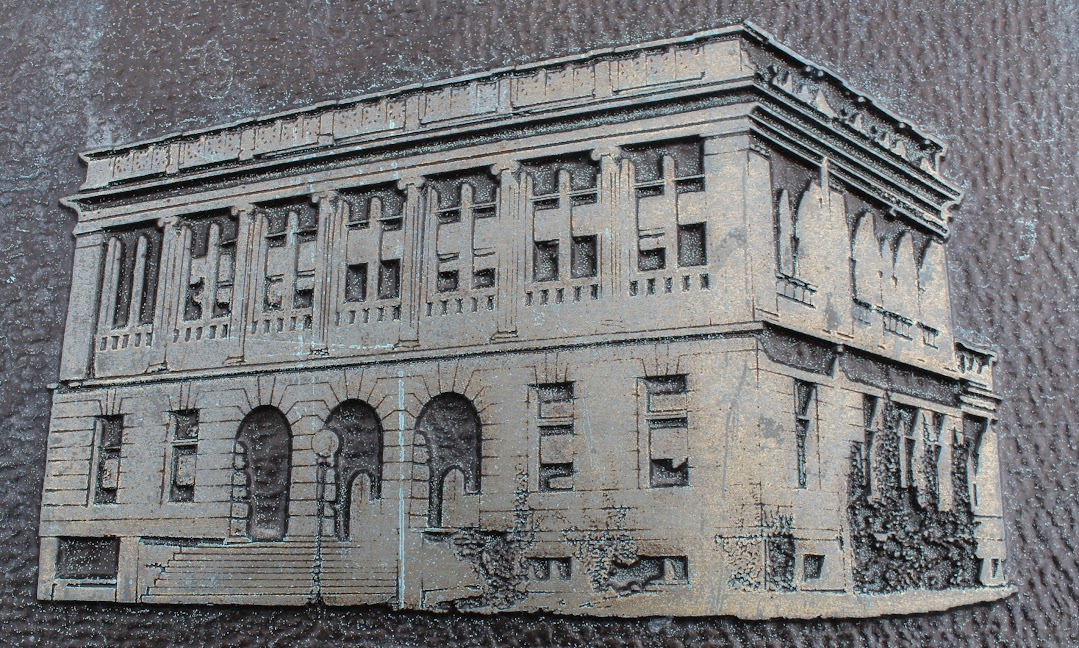 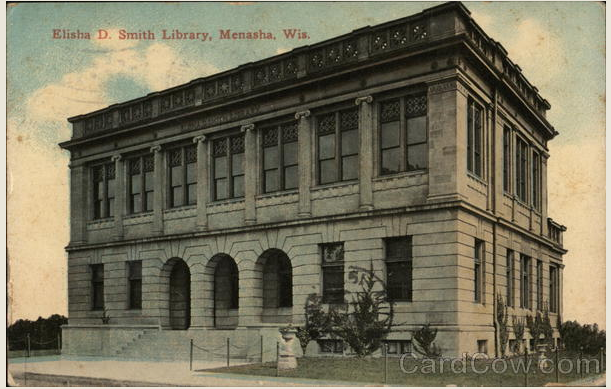 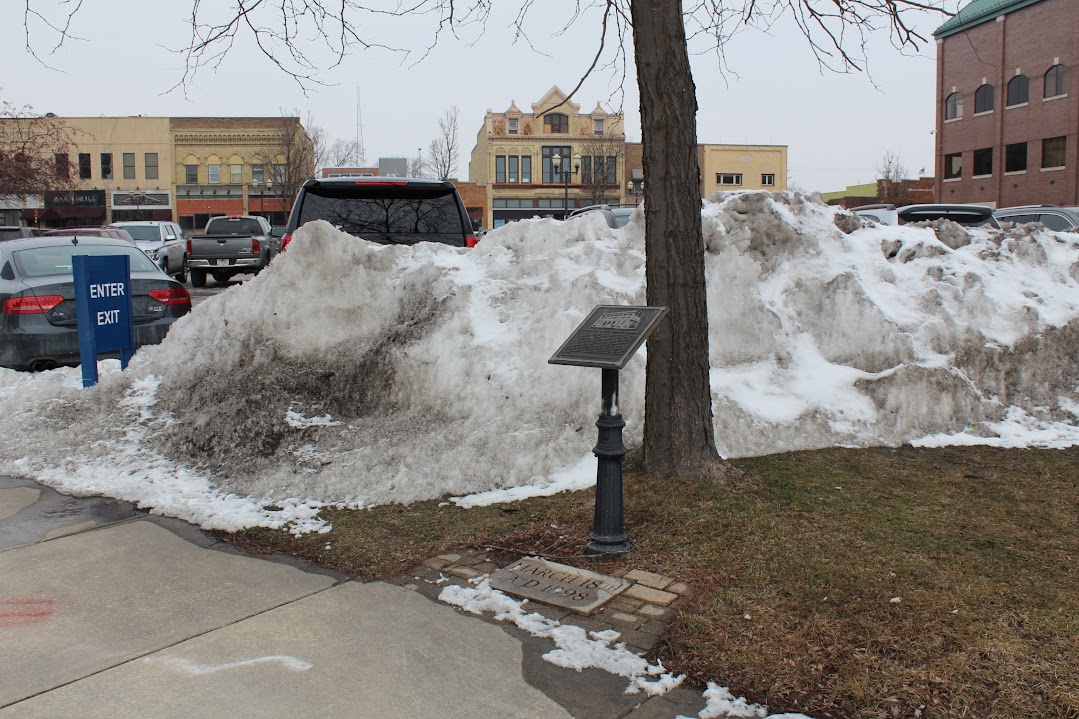