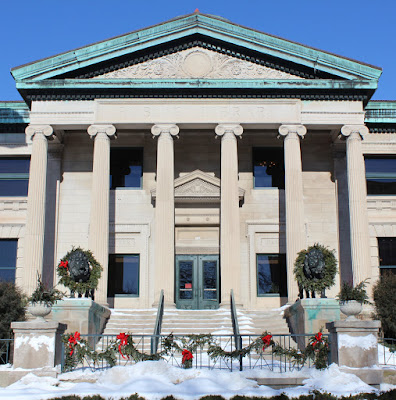 At the Oshkosh public library the gift of chief attractiveness made by Colonel Hicks was a pair of bronze lions that complete the architectural finish of the exterior of that fine center of culture and enlightenment. The two stalking lions of life size and natural appearance were sculptured by Signor Trentanove and were unveiled October 9, 1912. They have been a source of much praise for their effectiveness in ornamenting the library steps. 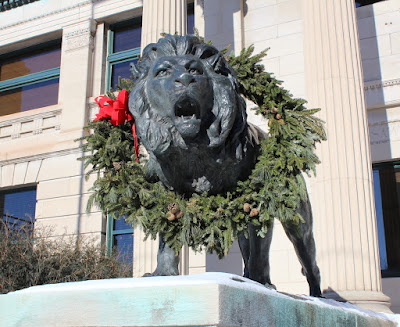 Still decked out for the holidays . . . 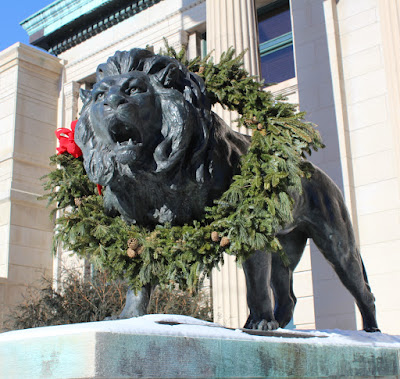 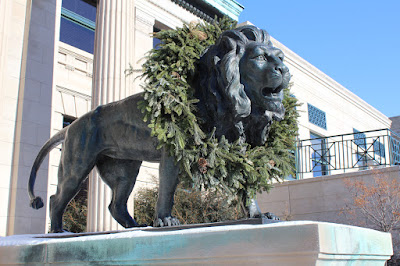 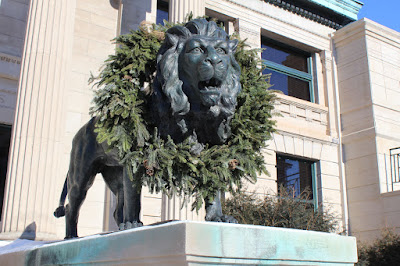 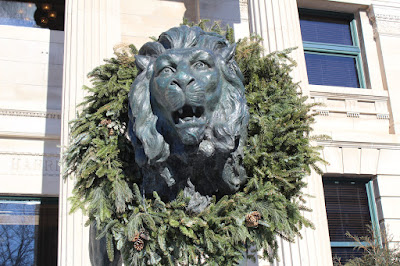 Portrait of Italian sculptor Gaetano Trentanove
The media file is in the public domain.
Click here for more information. 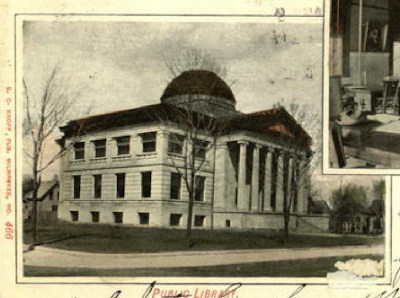 Screenshot of vintage postcard provided by CardCow.com
Note: no lions!! 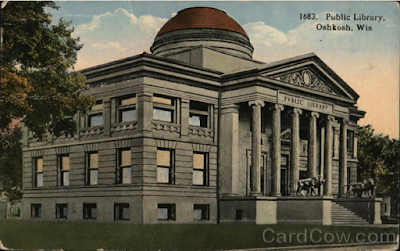 Screenshot of vintage postcard provided by CardCow.com
Note: the lions have been added!! 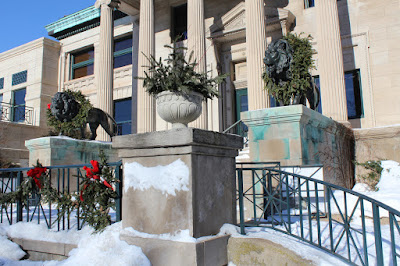 The lions are huge! 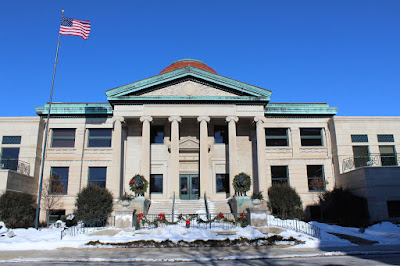 The lions are at the entrance to the Oshkosh Public Library
in Oshkosh, Wisconsin.