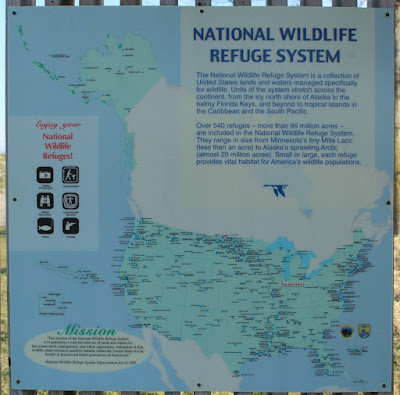 The National Wildlife Refuge System is a collection of United States lands and waters managed specifically for wildlife. Units of the system stretch across the continent, from the icy north shore of Alaska to the balmy Florida Keys, and beyond to tropical islands in the Caribbean and the South Pacific.
Over 540 refuges -- more than 95 million acres -- are included in the National Wildlife Refuge System. They range in size from Minnesota's tiny Mille Lacs (less than an acre) to Alaska's sprawling Arctic (almost 20 million acres). Small or large, each refuge provides vital habitat for America's wildlife populations.

Mission
"The mission of the National Wildlife Refuge System is to administer a national network of lands and waters for conservation, management, and where appropriate, restoration of fish, life, plant resources and their habitats within the United States for the benefit of present and future generations of Americans."
National Wildlife Refuge System Improvement Act of 1997 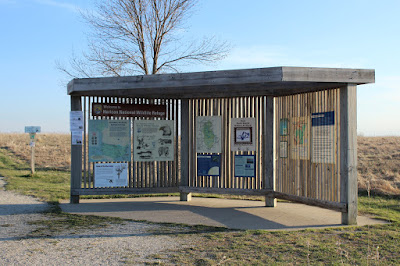 The marker is visible on the far left panel of the kiosk.