Site of the Fairchild Home 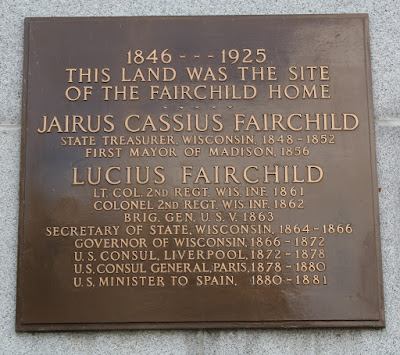 Legacy: The town of Fairchild, Wisconsin and the 422-foot (129 m) Liberty ship SS Lucius Fairchild, built in 1943 in Portland, Oregon for the United States War Shipping Administration, were named in his honor. In Kent, Ohio, where Fairchild was born in 1831, Fairchild Avenue is named after him. Fairchild visited Kent with much fanfare in 1887 and the road was officially named for him in 1904. A John Singer Sargent portrait of General Fairchild is housed at the Wisconsin Historical Museum located in Madison, Wisconsin. 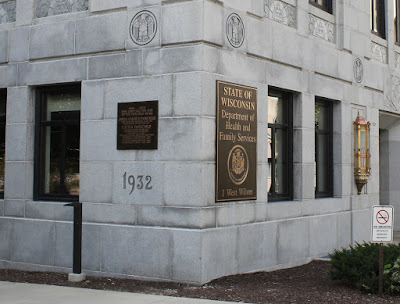 The marker is visible above the numbers 1932.

Portrait of Lucius Fairchild in his uniform as lieutenant colonel
of the 2nd Wisconsin Infantry by the Brady studio before his promotion
to colonel on November 17, 1862. Wisconsin State Historical Society.
This media file is in the public domain.
Click here for more information. 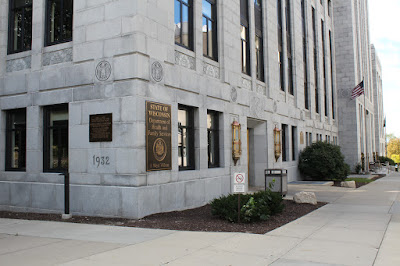 Looking west along West Wilson Street.
The marker is located in Madison, Wisconsin.