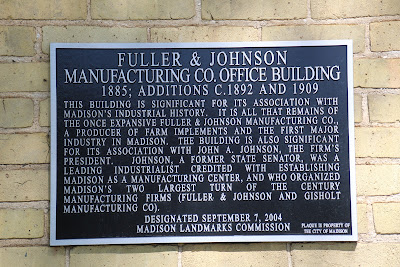 This building is significant for its association with Madison's industrial history. It is all that remains of the once expansive Fuller & Johnson Manufacturing Co., a producer of farm implements and the first major industry in Madison. The building is also significant for its association with John A. Johnson, the firm's president. Johnson, a former state senator, was a leading industrialist credited with establishing Madison as a manufacturing center, and who organized Madison's two largest turn of the century manufacturing firms (Fuller & Johnson and Gisholt Manufacturing Co).

The property is now home to Pasqual's Cantina.

The marker is No. 163 in a series of markers erected by the Madison Landmarks Commission. 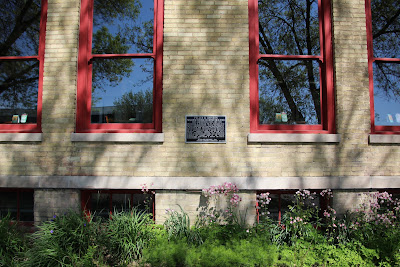 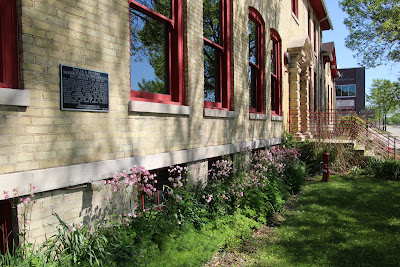 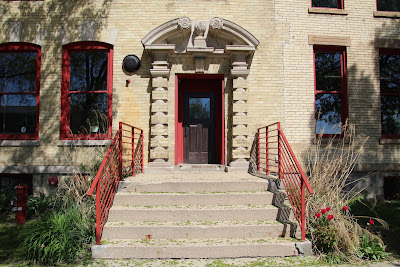 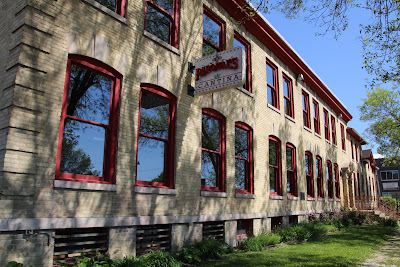 The small plaque, visible in the distance to the right,
is placed in the center of the building facade. 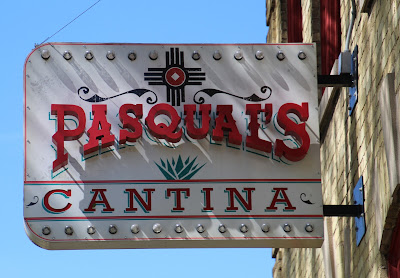 The property is now home to a Mexican restaurant.

The entire length of the building,
with the marker visible in the center.