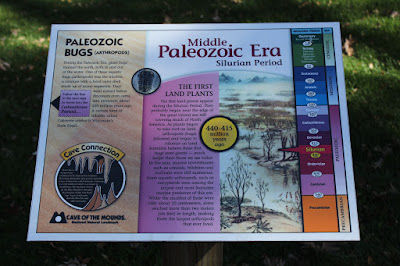 During the Paleozoic Era, giant bugs roamed the earth, both in and out of the water. One of these aquatic bugs (arthropods) was the trilobite, a creature with a hard outer shell made up of many segments. They went extinct before dinosaurs even came into existence, about 250 million years ago. A certain kind of trilobite called Calymene celebra is Wisconsin's State Fossil.

the first land plants appear during the Silurian Period. They probably began near the edge of the great inland sea still covering much of North America. As plants began to take root on land, arthropods (bugs) followed and began to colonize on land. Scientists believe these first bugs were giants, much larged than those we see today. In the seas, marine invertebrates such as crinoids, trilobites and mollusks were still numerous. Some aquatic arthropods, such as eurypterids were among the largest and most fearsome marine predators of this era. While the smallest of these were only about 10 centimeters, some reached more than two meters (six feet) in length, making them the largest arthropods that ever loved. 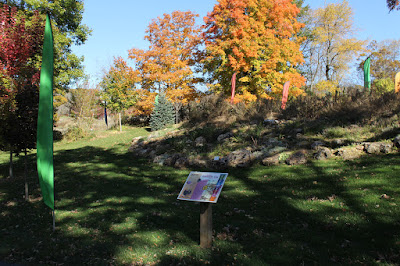 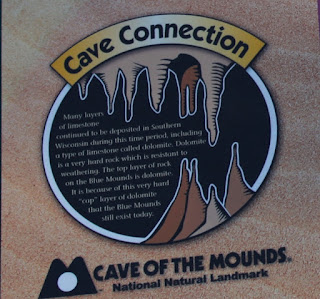 Cave Connection
Many buyers of limestone continued to be deposited in Southern Wisconsin during this time period, including a type of limestone called dolomite. Dolomite is a very hard rock which is resistant to weathering. The top layer of rock on the Blue Mounds is dolomite. It is because of this very hard "cap" layer of dolomite that the Blue Mounds still exist today.