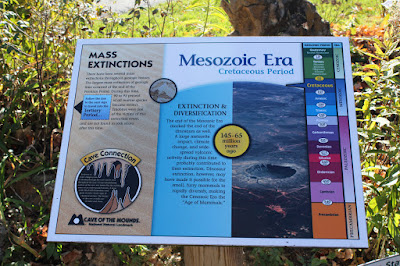 There have been several mass extinctions throughout geologic history. The largest mass extinction of geologic time occurred at the end of the Permian Period. During this time, 90 to 95 percent of all marine species became extinct. Trilobites were one of the victims of this extinction event, and are not found in rock strata after this time.

The end of the Mesozoic Era marked the end of the dinosaurs as well. A large meteorite impact, climate change, and wide-spread volcanic activity during this time probably contributed to their extinction. Dinosaur extinction, however, may have made it possible for the small, furry mammals to rapidly diversify, making the Cretaceous Era the "Age of Mammals." 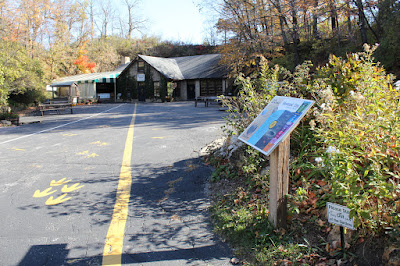 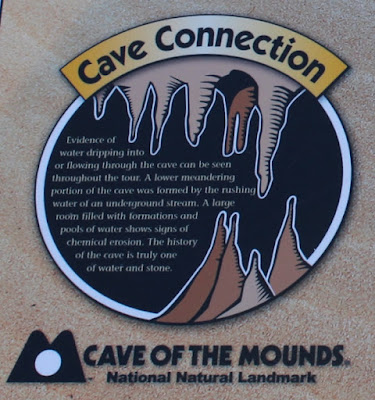 Cave Connection
Evidence of water dripping into or flowing through the cave can be seen throughout the tour. A lower meandering portion of the cave was formed by the rushing water of an underground stream. A large room filled with formations and pools of water shows signs of chemical erosion. The history of the cave is truly one of water and stone.