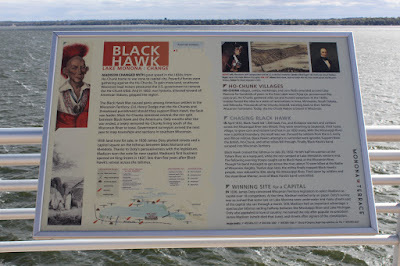 Madison changed with great speed in the 1830s: from Ho-Chunk home to war zone to capital city. Powerful forces were gathering against the Ho-Chunks. To gain more land, southwest Wisconsin lead miners pressured the U.S. government to remove the Ho-Chunk tribe. And in 1832, war hysteria, directed toward all American Indians, gripped the region.

The Black Hawk War caused panic among American settlers in the Wisconsin Territory. Col. Henry Dodge met the Ho-Chunks and threatened punishment should they support Black Hawk, the Sauk war leader. Most Ho-Chunks remained neutral; the rest split between Black Hawk and the Americans. Only months after the war ended, a treaty removed Ho-Chunks living south of the Wisconsin River to Iowa. Government surveyors arrived the next year to map townships and sections in southern Wisconsin.

With land now for sale, in 1836 James Doty platted streets and a capitol square on the Isthmus between lakes Monona and Mendota. Thanks to Doty's persuasiveness with the legislature, Madison won the vote for new capital. Madison's first business opened on King Street in 1837, less than five years after Black Hawk's retreat across the Isthmus.

Ho-Chunk villages, camps, workshops, and corn fields extended around Lake Monona for hundreds of years. In the Four Lakes area (Tejop eja, pronounced Day jope ay ja), Ho-Chunks gathered wild rice and hunted waterfowl. In the 1830s, treaties forced the tribe to a series of reservations in Iowa, Minnesota, South Dakota, and Nebraska. Thousands of Ho-Chunks resisted, traveling back to their familiar Wisconsin homeland. Today, the Ho-Chunk Nation is based in Wisconsin.

In April 1832, Black Hawk led 1,200 Sauk, Fox, and Kickapoo warriors and civilians across the Mississippi River into Illinois. They were returning to Saukenuk, their home village, to grow corn and reclaim land lost in an 1830 treaty. With the Mississippi River now a political boundary, the result was war. Pursued by soldiers from the U.S. Army and Illinois militias, Black Hawk's attempts to surrender were ignored. Support from the British, Ho-Chunk, and other tribes fell through. Finally, Black Hawk's band escaped into Wisconsin territory.

Black Hawk crossed the Isthmus on July 20, 1832. He left half his warriors at the Yahara River as a rearguard, while the rest camped at Lake Mendota's western end. The following evening troops caught up to Black Hawk at the Wisconsin River. Though his band managed to get across the river, about 70 were killed at the Battle of Wisconsin Heights. Twelve days later, the militia finally trapped Black Hawk's people, now reduced to 500, along the Mississippi River. Fired upon by soldiers and the steamboat Warrior, most of Black Hawk's band were killed.

Winning Site for a Capital

In 1836, James Doty convinced Wisconsin Territory legislators to select Madison as capital over 18 competitors. At the time, Madison existed only on paper. Doty's survey was so rushed that some lots on Lake Monona were underwater and many streets east of the capitol site ran through a marsh. Still, Madison had an important advantage: a spectacular isthmus setting halfway between the Mississippi River and Lake Michigan. Doty also appealed to love of country: he named the city after popular ex-president James Madison (who'd died that June), and the streets after signers of the constitution.

The marker is affixed to the lake-side railing at the Lake Vista Cafe at the East Circle of the William T. Evjue Rooftop Gardens at the Monona Terrace Community and Convention Center, at or near 1 John Nolen Drive, Madison Wisconsin 53703.

The marker is No. 1 in a series of markers erected by the Monona Terrace Community and Convention Center. 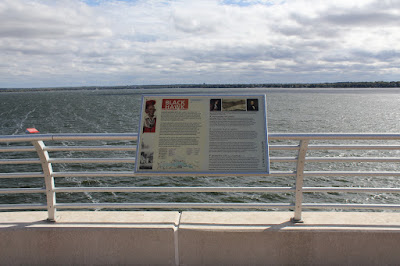 With Lake Monona in the background. 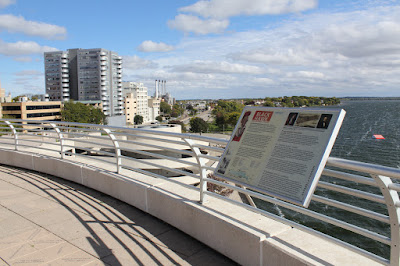 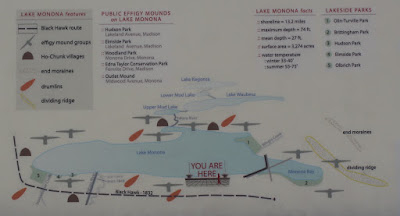 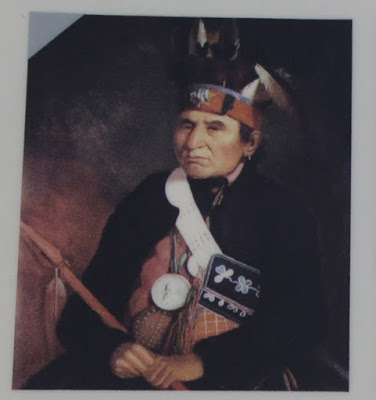 Menominee chief Souligny sided with the U.S. in the Black Hawk War. 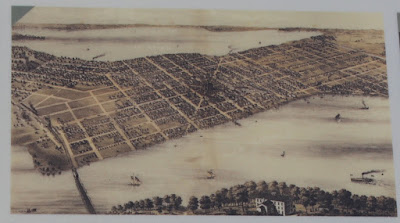 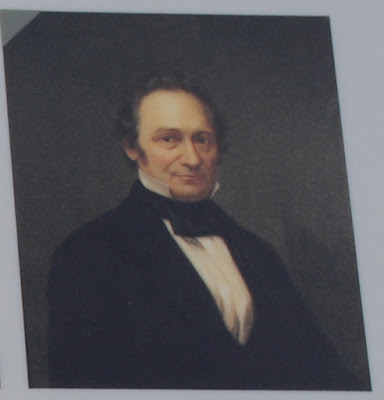 James Doty Made Madison the capital. 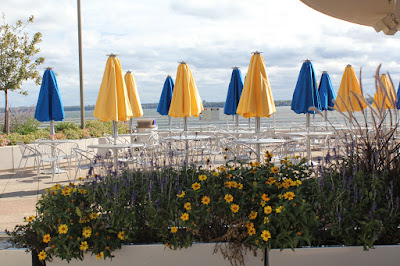 The marker is visible in the center of the photo, behind the umbrellas. 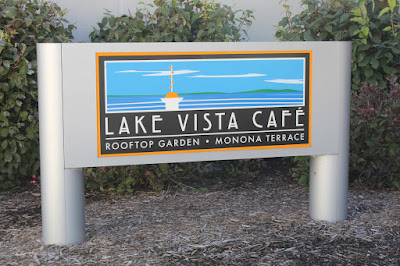 The marker is located at the Lake Vista Cafe on the Monona Terrace. 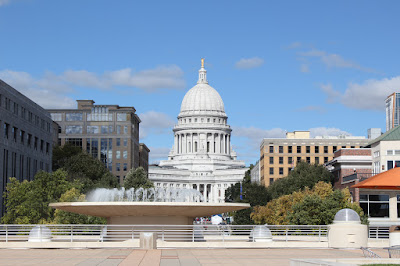 Nearby view of the Wisconsin capitol building,
in Madison, Wisconsin.