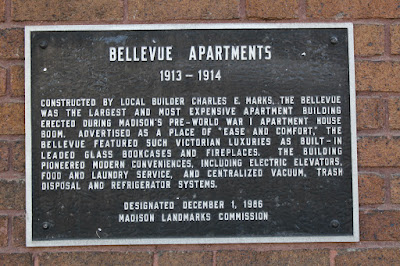 Constructed by local builder Charles E. Marks, the Bellevue was the largest and most expensive apartment building erected during Madison's pre-World War I apartment house boom. Advertised as a place of "ease and comfort," the Bellevue featured such Victorian luxuries as built-in leaded glass bookcases and fireplaces. The building pioneered modern conveniences, including electric elevators, food and laundry service, and centralized vacuum, trash disposal and refrigerator systems.

The marker is No. 81 in a series of markers erected by the Madison Landmarks Commission. 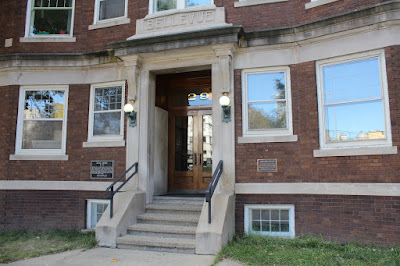 The marker is mounted to the facade, to the left of the staircase. 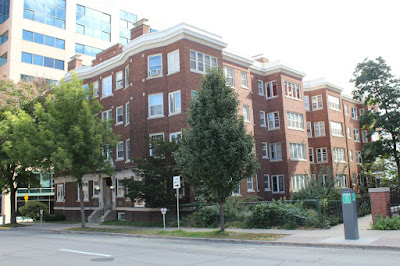 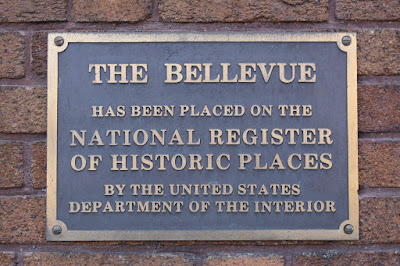 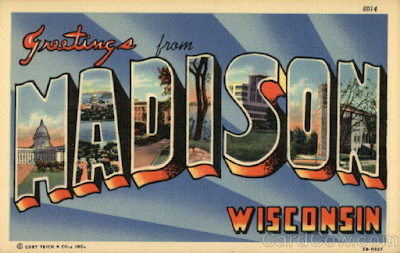 Screenshot of vintage postcard provided by CardCow.com.
The building and marker are located in Madison, Wisconsin.