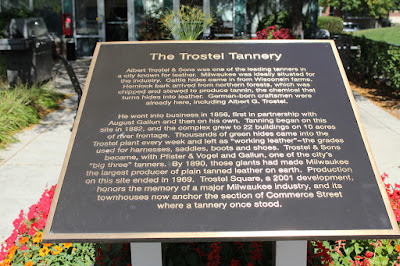 Albert Trostel & Sons was one of the leading tanners in
a city known for leather. Milwaukee was ideally situated for
the industry. Cattle hides came in from Wisconsin farms.
Hemlock bark arrived from northern forests, which was
chipped and stewed to produce tannin, the chemical that
turns hides into leather. German-born craftsmen were
already here, including Albert G. Trostel.

He went into business in 1856, first in partnership with
August Gallun and then on his own. Tanning began on this
site in 1882, and the complex grew to 22 buildings on 10 acres
of river frontage. Thousands of green hides came into the
Trostel plant every week and left as "working leather" - the grades
used for harnesses, saddles, boots and shoes. Trostel & Sons
became, with Pfister & Vogel and Gallum, one of the city's
"big three" tanners. By 1890, those giants had made Milwaukee
the largest producer of plain tanned leather on earch. Production
on this site ended in 1969. Trostel Square, a 2001 development,
honors the memory of a major Milwaukee industry, and its
townhouses now anchor the section of Commerce Street
where a tannery once stood. 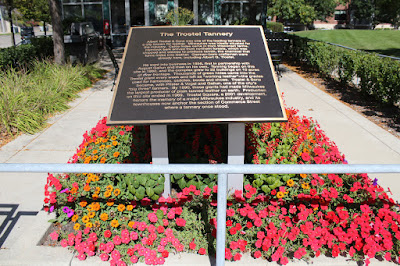 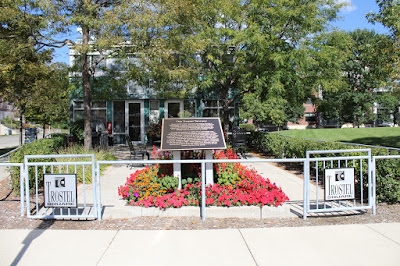 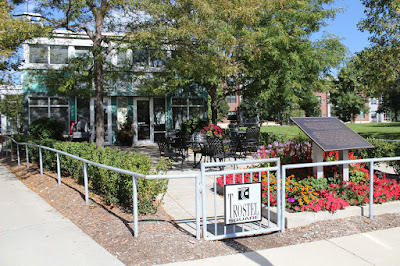