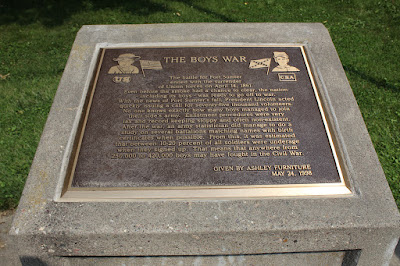 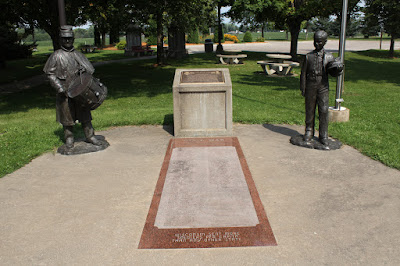 The battle for Fort Sumter
ended with the surrender
of Union forces on April 14, 1861.
Even before the smoke had a chance to clearn, the nation
" including its boys" was ready to go off to war.
With the news of Fort Sumter's fall, President Lincoln acted
quickly issuing a call for seventy-five thousand volunteers.
No one knows exactly how many boys managed to join
their side's army. Enlistment procedures were very
lax and record keeping sloppy and often non-existent.
After the way, an army statistician did manage to do a
study on several battalions matching names with birth
certificates when possible. From this, it was estimated
that between 10-20 percent of all soldiers were underage
when they signed up. That means that anywhere from
250,000 to 420,000 boys may have fought in the Civil War.


NOTE: Transcribed exactly as written, without correcting errors in punctuation. 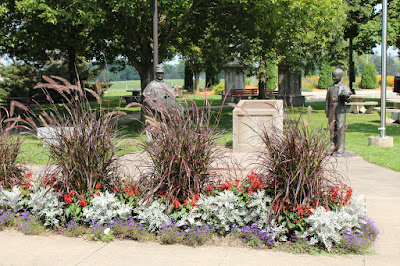 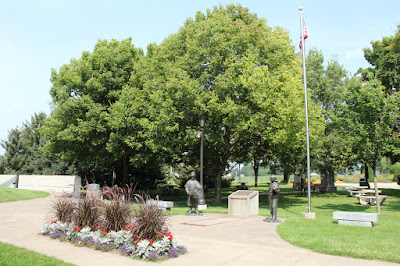 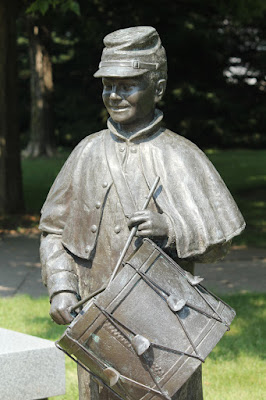 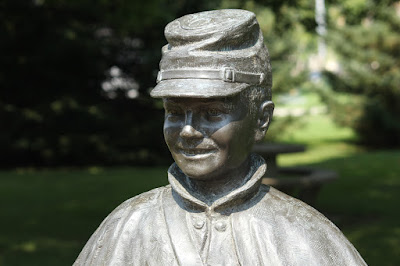 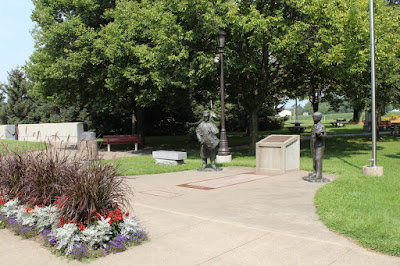 A tribute to George Washington, at the north entrance
to Soldiers Walk Memorial Park.