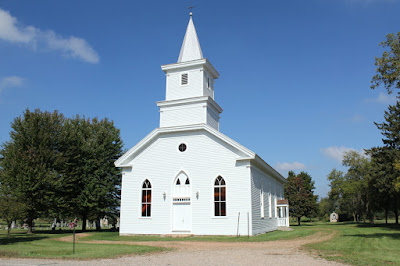 St. Martin’s parish in Ellis (16 miles long and 10 miles wide) embraces the townships of Sharon, Hull and New Hope in Portage County and Bevent in Marathon County. In pioneer days it extended as far as Arnott and Buena Vista in Portage County.

The first parishioner is not known since there are no church records dating to 1857.

Joseph Oeaterle was the first to build a shack one mile northeast of Polonia. He took up his claim on May 8, 1855 and proceeded to occupy it. His purpose was to hunt, trap and fish and his selection was made for this purpose. William Steffanus took up his claim in October of the same year and proceeded to occupy it, building a shack for a home. These two men were actually the first to live in the Town of Sharon on their claims. Peter Eiden came a year or two later. By that time there was talk of building a church. Mr. Eiden donated the church grounds. In 1857, St. Martin’s was erected; a structure 20x30 feet made of lumber donated by these eager, sincere people. A box stove was used for heating purposes. The benches were planks laid over a substantial support on the ends. The furnishings were simple and crude.

This building was in use eight years. By 1865 this church became too small to house the ever-increasing members and a larger building was erected. How devoted to the sacrifice of the mass were these pious souls of the pioneers? Lumber and labor was a small consideration as compared to the compensation received in taking part in the divine services. These pioneers were also builders. Theirs was not the thought for today, but for the future. When we closely examine the details of the present structure, built in 1865, we can readily understand why it can defy the elements after all these years. 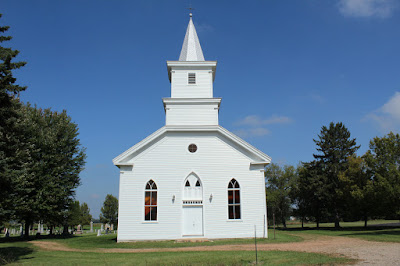 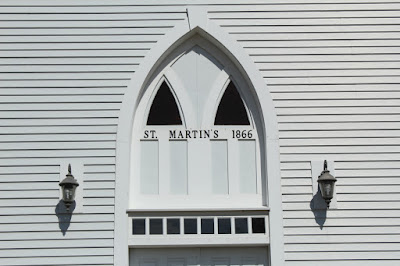 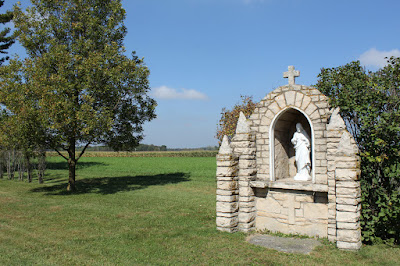 At the back of the cemetery, up against miles of cornfields. 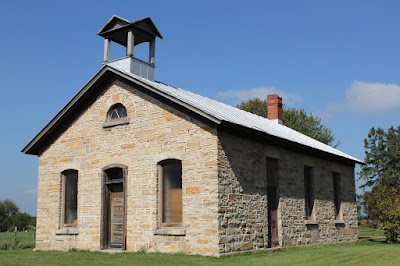 Another building on the property. . . 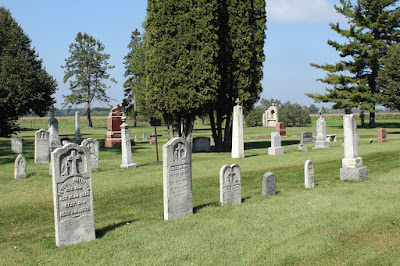 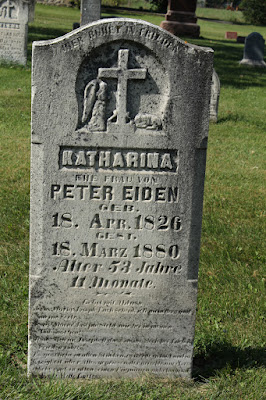 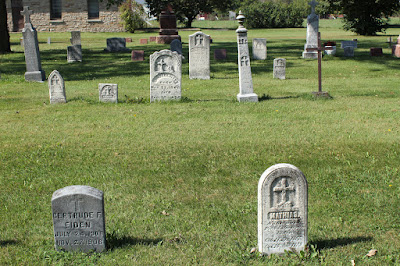 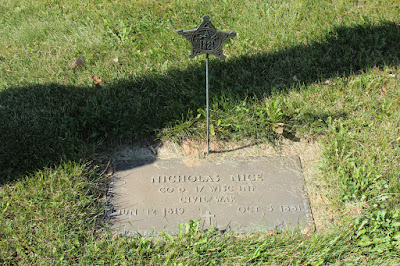 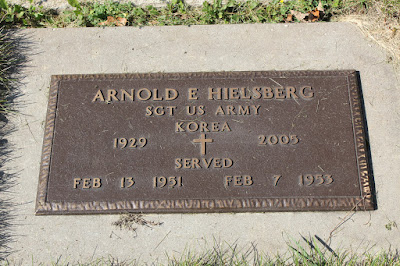 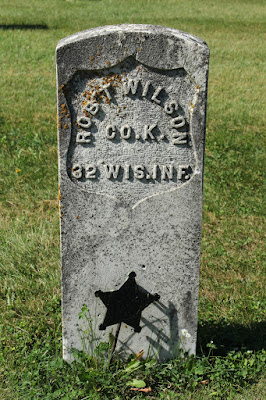 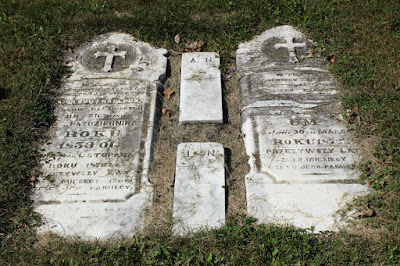 These look like the some of the oldest headstones in the cemetery. 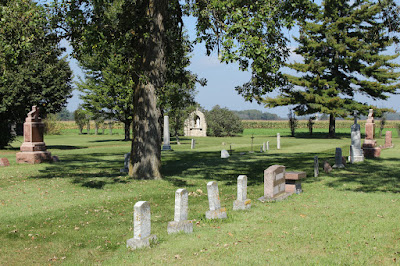 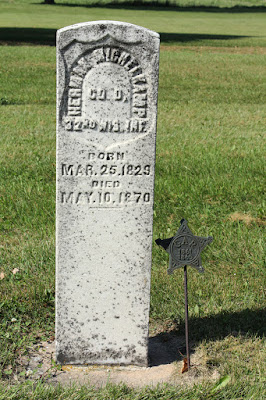 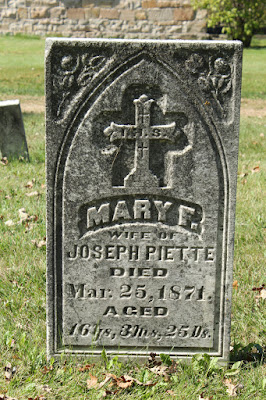 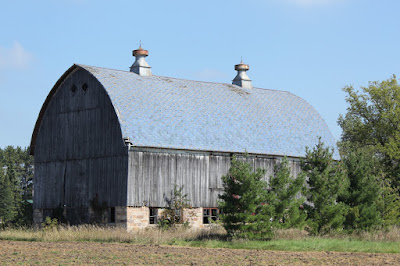 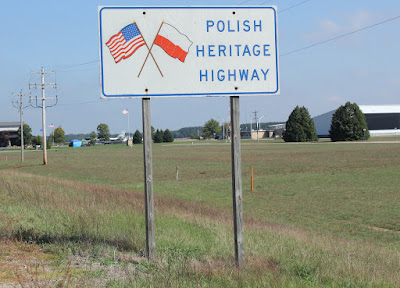 The church is located along the Polish Heritage Highway.