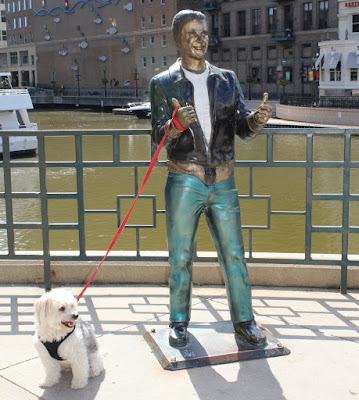 
Bronze Fonz is located along Milwaukee's Riverwalk, on the east side of the Milwaukee River, and is accessible from eastbound East Wells Street / U.S. Route 18, at its intersection with North Riverwalk Way, Milwaukee, Wisconsin 53202.

The artwork was created with the purpose of bringing tourism and new businesses to Milwaukee. Other places in the United States have erected statues portraying 1950s and 1960s television characters. Examples include: Mary Tyler Moore as Mary Richards from The Mary Tyler Moore Show in Minneapolis and Jackie Gleason as Ralph Kramden from The Honeymooners outside the Port Authority Bus Terminal in Manhattan. The tourism group Visit Milwaukee raised over $85,000 to commission the Bronze Fonz. The popular sculpture was unveiled on August 18, 2008. Most of the Happy Days cast, including Henry Winkler (Fonzie) Marion Ross (Mrs. Cunningham), Tom Bosley (Mr. Cunningham), Erin Moran (Joanie), Don Most (Ralph Malph), and Anson Williams (Potsie), attended the dedication ceremony. Henry Winkler stated that the statue was "unbelievable". 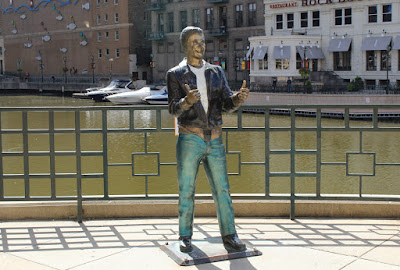 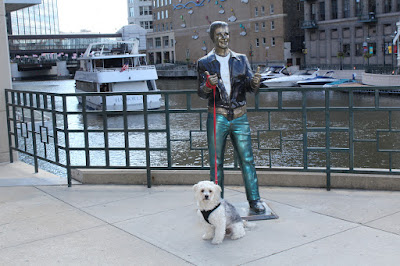 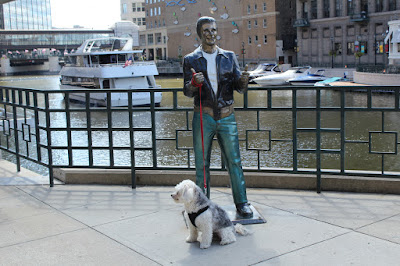 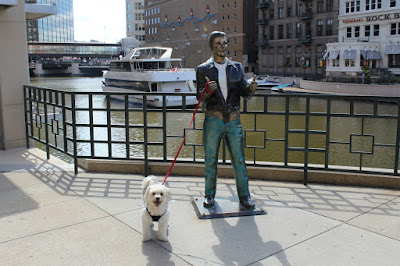 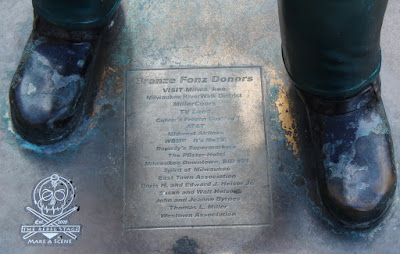 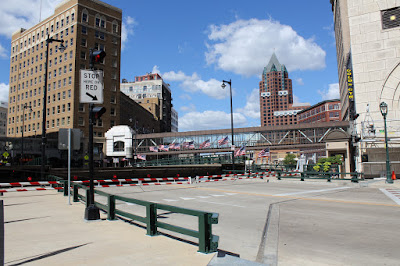 The Wells Street Bridge decorated for September 11th --
raised at the time of my visit (above and below): 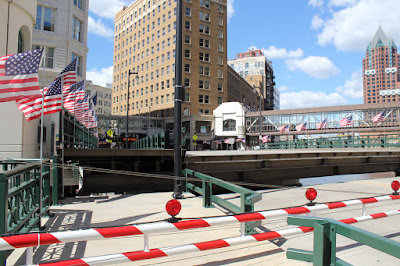 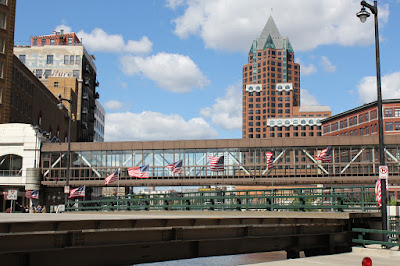