Architectural Gems on the Riverfront 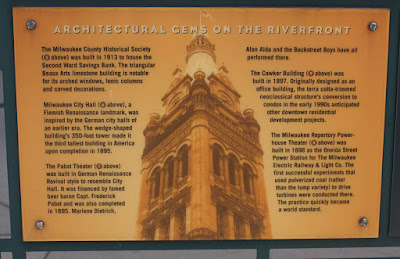 ARCHITECTURAL GEMS ON THE RIVERFRONT

The Milwaukee County Historical Society (5 above) was built in 1913 to house the Second Ward Savings Bank. The triangular Beaux Arts limestone building is notable for its arched windows, Ionic columns and carved decorations.

Milwaukee City Hall (6 above), a Flemish Renaissance landmark, was inspired by the German city halls of an earlier era. The wedge-shaped building's 350-foot tower made it the third tallest building in America upon completion in 1895.

The Pabst Theater (7 above) was built in German Renaissance Revival style to resemble City Hall. It was financed by famed beer baron Capt. Frederick Pabst and was also completed in 1895. Marlene Dietrich, Alan Alda and the Backstreet Boys have all performed there.

The Cawker Building (9 above) was built in 1897. Originally designed as an office building, the terra cotta-trimmed neoclassical structure's conversion to condos in the early 1990s anticipated other downtown residential development projects.

The Milwaukee Repertory Powerhouse Theater (8 above) was built in 1898 as the Oneida Street Power Station for The Milwaukee Electric Railway & Light Co. The first successful experiments that used pulverized coal (rather than the lump variety) to drive turbines were conducted there. The practice quickly became a world standard.

The marker is located along the east bank of the Milwaukee River, along Milwaukee's Riverwalk, west of the intersection of Mason and Front Streets, in Milwaukee, Wisconsin 53202.

See also, Nearly a Century of Planning, also at this location.

The marker is at the bottom-left corner of the kiosk. 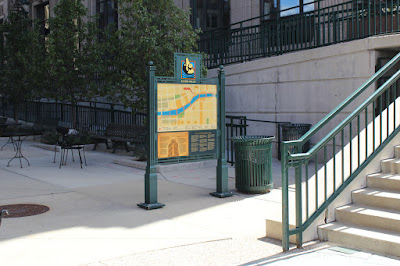 Looking west toward the Milwaukee River,
with the marker kiosk at the center of the photo. 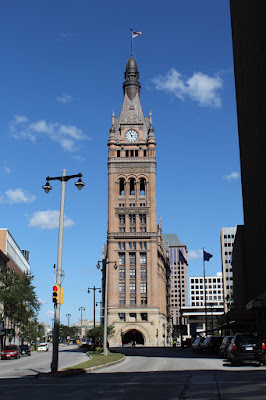 Nearby referenced Milwaukee City Hall (above and below) 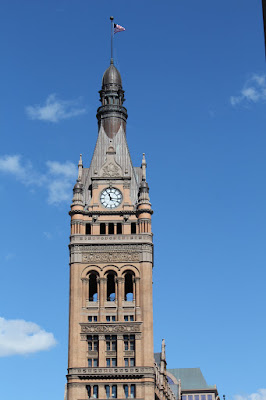 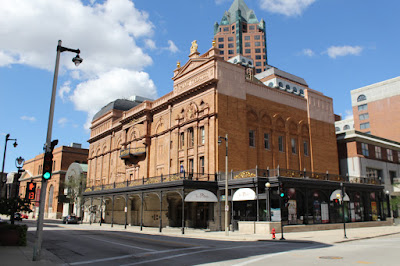 Nearby referenced Pabst Theater (above and below). 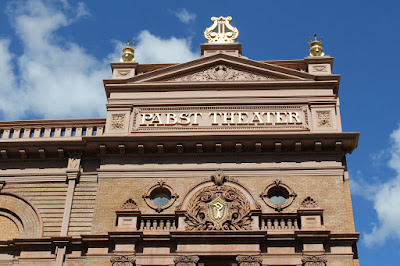 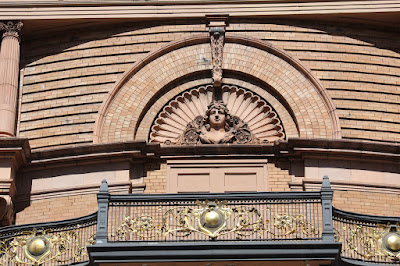 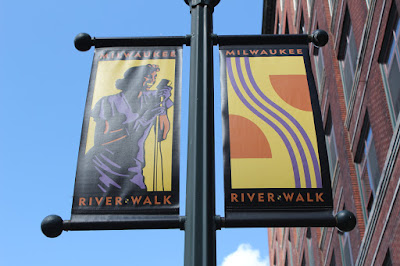 The marker is located on the east bank of the Milwaukee River,
along Milwaukee's River Walk.