An Urgent Call for Habitat Protection 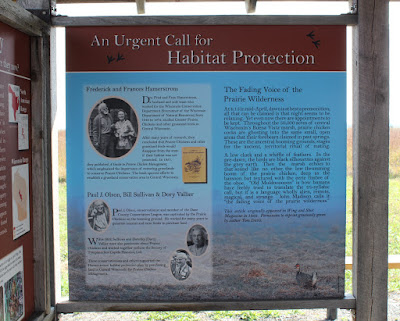 An Urgent Call for
Habitat Protection
[see marker transcriptions below] 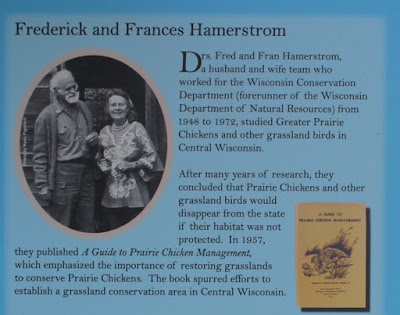 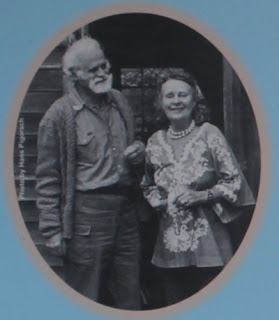 Drs. Fred and Fran Hamerstrom, a husband and wife team who worked for the Wisconsin Conservation Department (forerunner of the Wisconsin Department of Natural Resources) from 1948 to 1972, studied Greater Prairie Chickens and other grassland birds in Central Wisconsin.

After many years of research, they concluded that Prairie Chickens and other grassland birds would disappear from the state if their habitat was not protected. In 1957, they published A Guide to Prairie Chicken Management, which emphasized the importance of restoring grasslands to conserve Prairie Chickens. The book spurred effort to establish a grassland conservation area in Central Wisconsin. 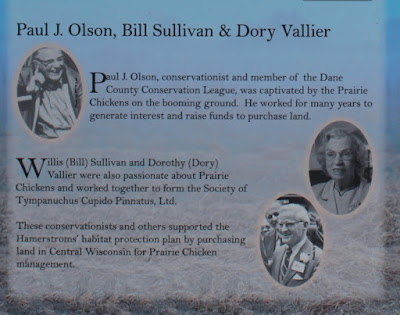 Paul J. Olson, conservationist and member of the Dane County Conservation League, was captivated by the Prairie Chickens on the booming ground. He worked for many years to generate interest and raise funds to purchase land.

Willie (Bill) Sullivan and Dorothy (Dory) Vallier were also passionate about Prairie Chickens and worked together to form the Society of Tympanuchus Cupido Pinnatus, Ltd.

These conservationists and other supported the Hamerstroms' habitat protection plan b purchasing land in Central Wisconsin for Prairie Chicken management. 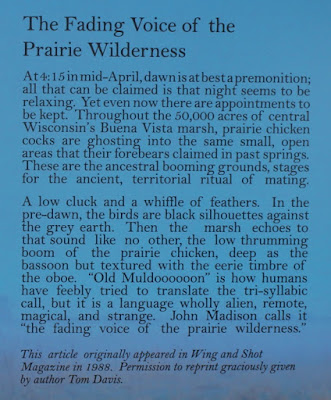 The Fading Voice of the
Prairie Wilderness

At 4:15 in mid-April, dawn is at the best a premonition; all that can be claimed is that night seems to be relaxing. Yet even now there are appointments to be kept. Throughout the 50,000 acres of central Wisconsin's Buena Vista marsh, prairie chicken cocks are ghosting into the same small, open areas that their forebears claimed in past springs. These are the ancestral booming grounds, stages for the ancient, territorial ritual of mating.

A low cluck and a whiffle of feathers. In the pre-dawn, the birds are black silhouettes against the grey earth. Then the marsh echoes to that sound like no other, the low thrumming boom of the prairie chicken, deep as the bassoon but textured with theeerie timbre of the oboe. "Old Muldooooooon" is how humans have feebly tried to translate the tri-syllabic call, but it is a language wholly alien, remote, magical, and strange. John Madison calls it "the fading voice of the prairie wilderness."

This article originally appeared in Wing and Shot Magazine in 1988. Permission to reprint graciously given by author Tom Davis. 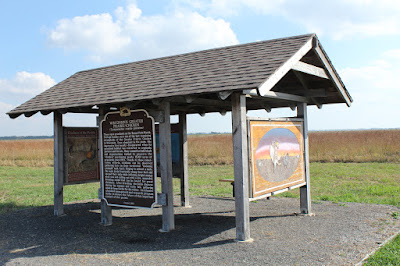 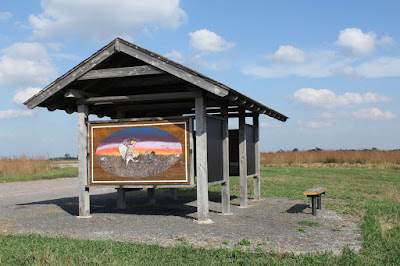 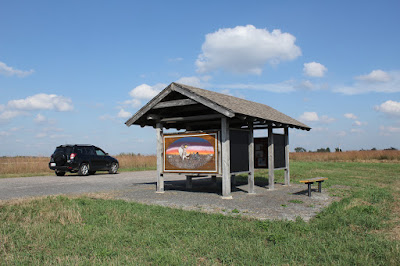 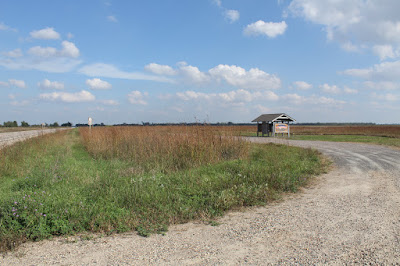 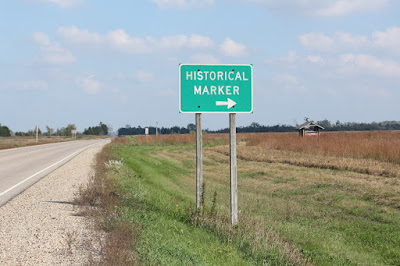 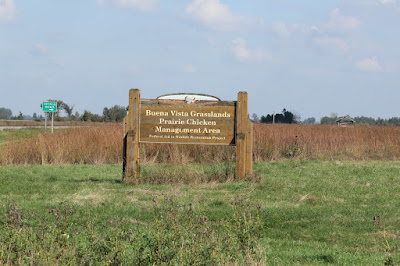