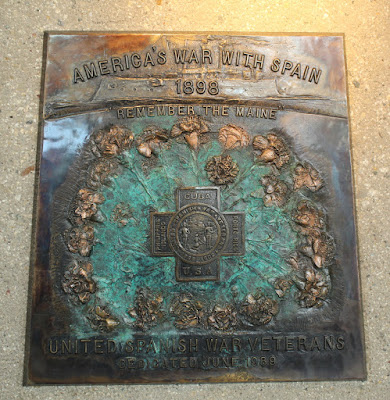 Wikipedia: Spanish-American War
The Spanish–American War was a conflict in 1898 between Spain and the United States, the result of U.S. intervention in the Cuban War of Independence. U.S. attacks on Spain's Pacific possessions led to involvement in the Philippine Revolution and ultimately to the Philippine–American War.

The memorial is inside the Milwaukee County War Memorial Center.

The memorial is located at the Milwaukee County War Memorial.