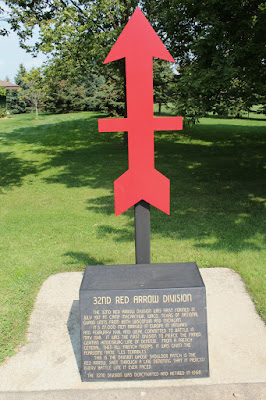 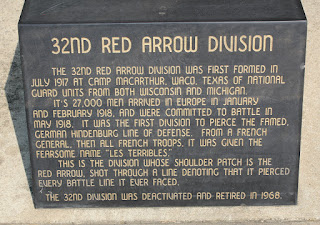 32ND RED ARROW DIVISION
The 32nd Red Arrow Division was first formed in
July 1917 at Camp MacArthur, Waco, Texas of National
Guard units from both Wisconsin and Michigan.
It's [sic] 27,000 men arrived in Europe in January
and February 1918, and were committed to battle in
May 1918. It was the first division to pierce the fames
German Hindenburg Line of Defense. From a French
General, then all French Troops, it was given the
fearsome name "Les Terribles."
This is the division whose shoulder patch is the
red arrow shot through a line denoting that it pierced
every battle line it ever faced.
The 32nd Division was deactivated and retired in 1968. 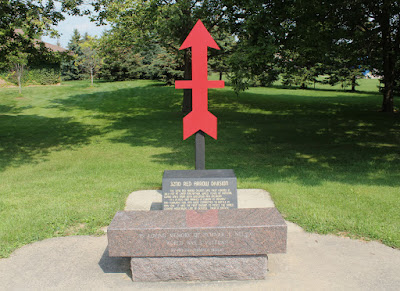 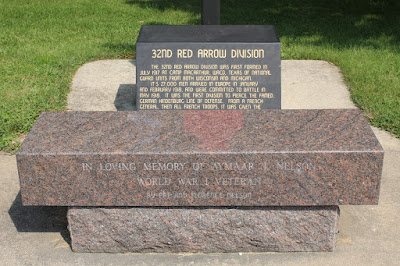 In Loving Memory of Aymaar L. nelson
World War I Veteran
by Pat and Florence Nelson 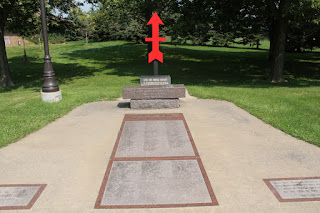 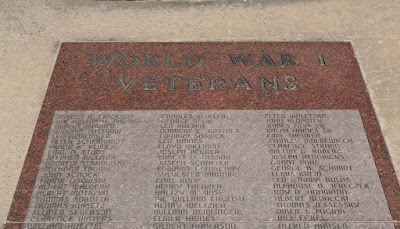 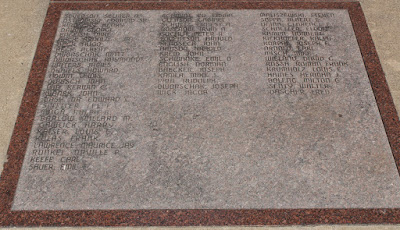