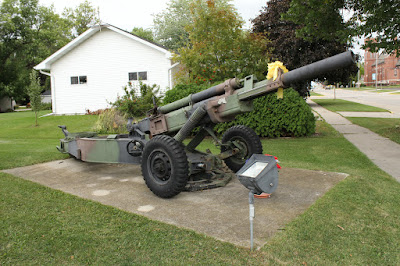 NOTE: This is a World War II Howitzer.

The 105 mm Howitzer M3 was a U.S. light howitzer designed for use by airborne troops. The gun utilized the barrel of the 105 mm Howitzer M2, shortened and fitted to a slightly modified split trail carriage of the 75 mm pack howitzer. The howitzer was used by the U.S. Army during World War II. It was issued to airborne units and the cannon companies of infantry regiments. 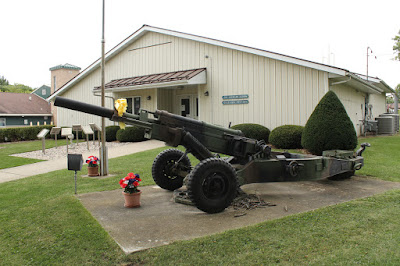 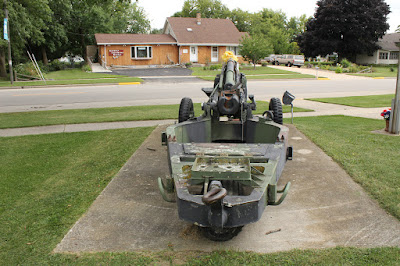 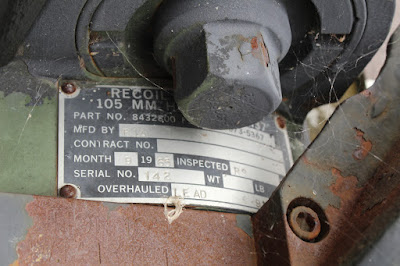 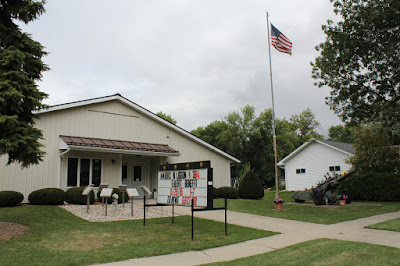 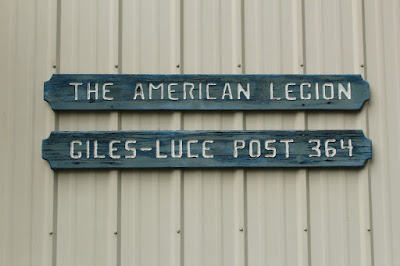 The Howitzer is located at The American Legion Giles-Luce Post 364. 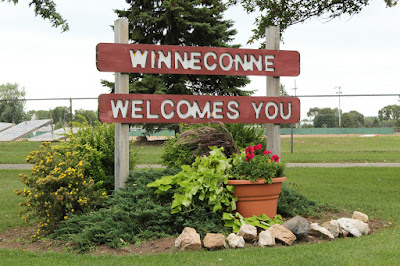 The memorial is located in Winneconne, Wisconsin.