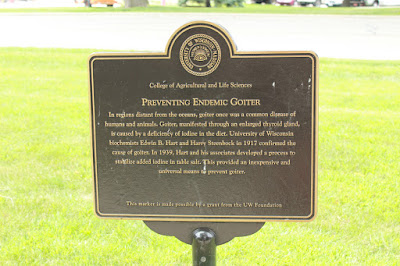 In regions distant from oceans, goiter once was a common disease of humans and animals. Goiter, manifested through an enlarged thyroid gland, is caused by a deficiency of iodine in the diet. University of Wisconsin biochemists Edwin B. Hart and Harry Steenbock in 1917 confirmed the cause of goiter. In 1939, Hart and his associates developed a process to stabilize added iodine in table salt. This provided an inexpensive and universal means to prevent goiter.

The marker is located in an open field, adjacent to a walkway, on northbound Linden Drive, directly across the road from the Horse Barn, Madison, Wisconsin 53706.

NOTE: This is an unusually-placed marker. The marker faces an open space, with its back to the roadway, and there is no legal parking near the marker location. See photos below. 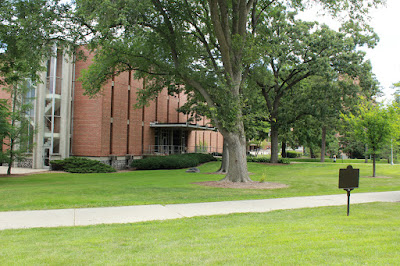 View from Linden Drive of the back of the marker. 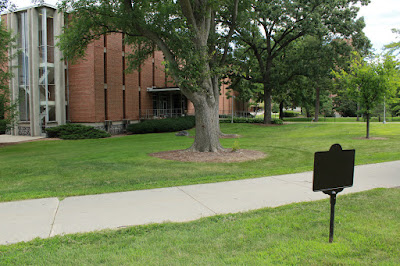 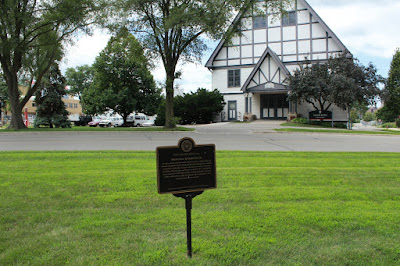 The Horse Barn is directly across Linden Drive. 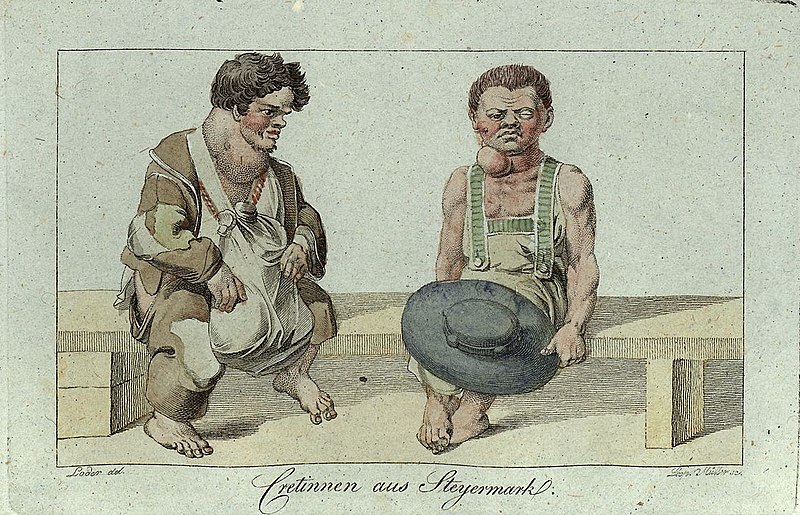 Men with goiters (1819)
This media file is in the public domain.
Click here for more information.

A woman, probably from inland of Norway,
with goiter, probably due to iodine deficiency.
This media file is in the public domain.
Click here for more information.