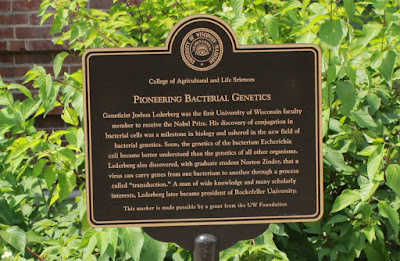 Geneticist Joshua Lederberg was the first University of Wisconsin faculty member to receive the Nobel Prize. His discovery of conjugation in bacterial cells was a milestone in biology and ushered in the new field of bacterial genetics. Soon, the genetics of the bacterium Escherichia coli became better understood than the genetics of all other organisms. Lederberg also discovered, with graduate student Norton Zinder, that a virus can carry genes from one bacterium to another through a process called "transduction." A man of wide knowledge and many scholarly interests, Lederberg later became president of Rockefeller University.

The marker is located in front of the Hector F. DeLuca Biochemical Sciences Building on southbound one-way Henry Mall, south of its intersection with Linden Drive, at 440 Henry Mall, Madison, Wisconsin 53706.

The Joshua Lederberg Papers: The Development of Bacterial Genetics 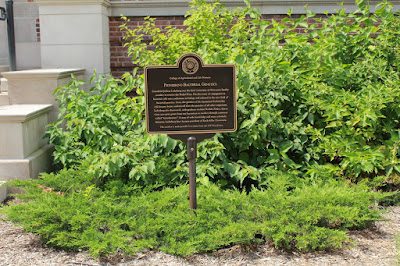 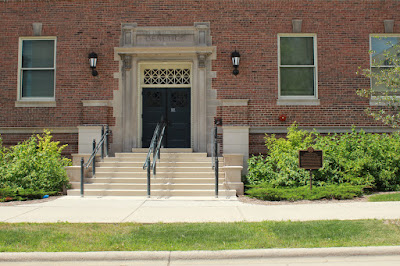 The marker is to the right of the stairs. 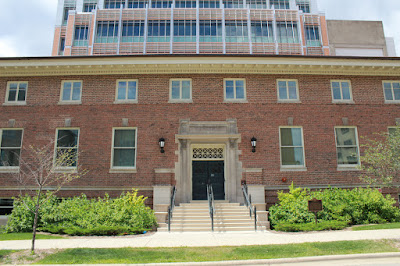 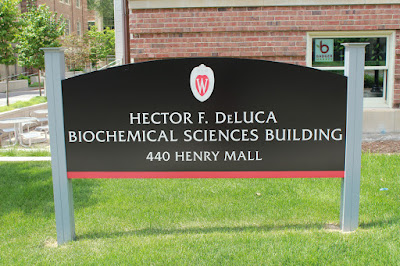 The marker is in front of the Hector F. DeLuca Biochemical Sciences Building.