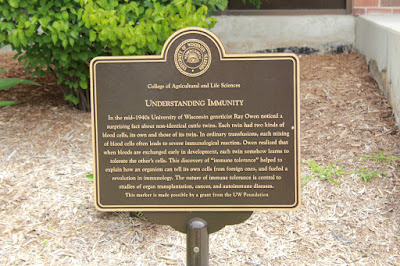 In the mid-1940s University of Wisconsin geneticist Ray Owen noticed a surprising fact about non-identical cattle twins. Each twin had two kinds of blood cells, its own and those of its twin. In ordinary transfusions, such mixing of blood cells often leads to sever immunological reaction. Owen realized that when bloods are exchanged early in development, each twin somehow learns to tolerate the other's cells. This discovery of "immune tolerance" helped to explain how an organism can tell its own cells from foreign ones, and fueled a revolution in immunology. The nature of immune tolerance is central to studies of organ transplantation, cancer, and autoimmune disease.

The marker is located in front of the Animal Health and Biomedical Sciences Building on northbound Elm Drive, at its intersection with Observatory Drive, Madison, Wisconsin 53706. 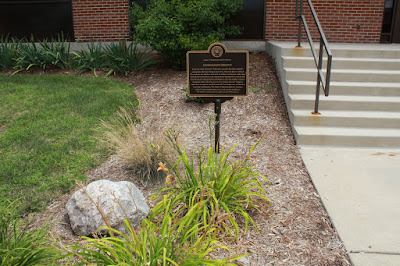 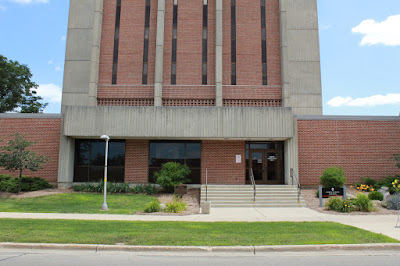 The marker is visible in front of the building, to the left of the stairs. 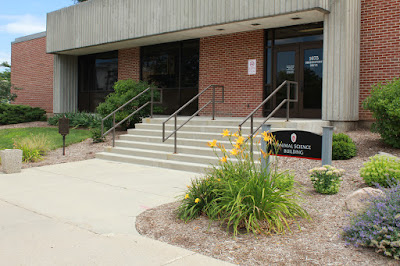 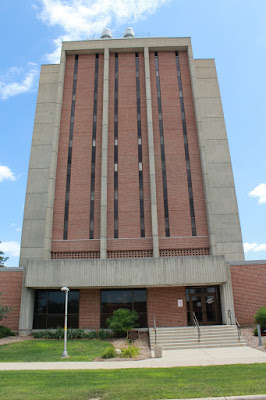 The marker is visible to the left of the stairs.

The marker is on the campus of UW Madison.