UW Madison Bascom Hill Historic District: A Stage for All 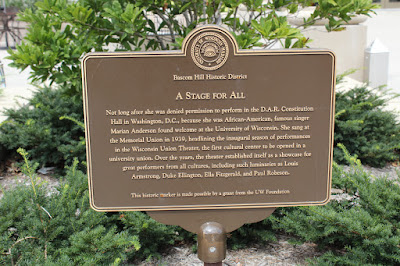 A STAGE FOR ALL

Not long after she was denied permission to perform in the D.A.R. Constitution Hall in Washington, D.C., because she was African-American, famous singer Marian Anderson found welcome at the University of Wisconsin. She sang at the Memorial Union in 1939, headlining the inaugural season of performances in the Wisconsin Union Theater, the first cultural center to be opened in a university union. Over the years, the theater established itself as a showcase for great performers from all cultures, including such luminaries as Louis Armstrong, Duke Ellington, Ella Fitzgerald, and Paul Robeson.

This historic marker is made possible by a grant from the UW Foundation.


NOTE: Driving around and parking at the UW-Madison campus is pretty intense, and there is no parking at the marker location. Be sure to check the Google Map (above) and campus maps (below) before heading out. 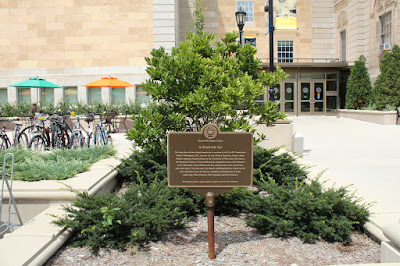 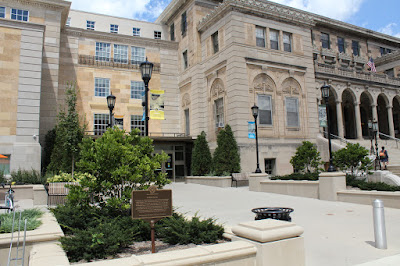 With the Memorial Union building visible to the right. 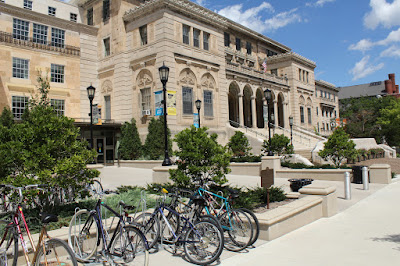