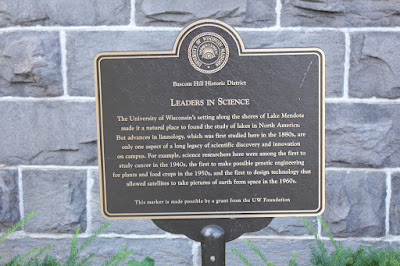 The University of Wisconsin's setting along the shores of Lake Mendota made it a natural place to found the study of lakes in North America. But advances in limnology, which was first studied here in the 1880s, are only one aspect of a long legacy of scientific discovery and innovation on campus. For example, science researchers here were among the first to study cancer in the 1940s, the first to make possible genetic engineering for plants and food crops in the 1950s, and the first to design technology that allowed satellites to take pictures of earth from space in the 1960s. 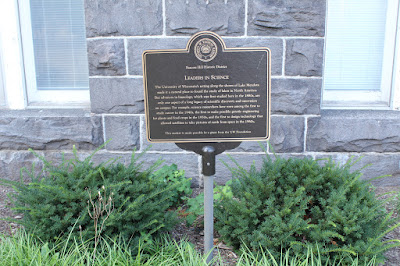 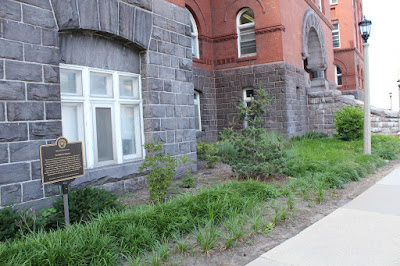 The marker is in front of the Science Hall building. 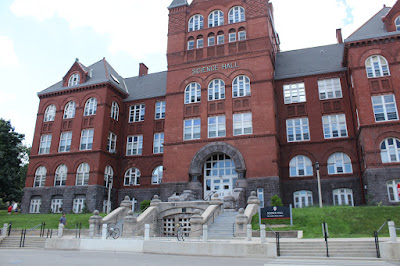 The markers is at the far left corner of the building. 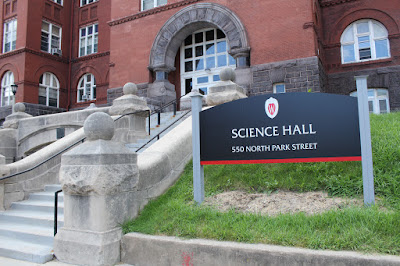 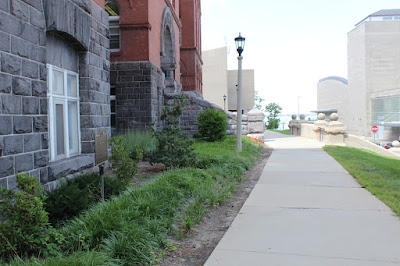 Looking north from the marker location, with Lake Mendota visible in the distance. 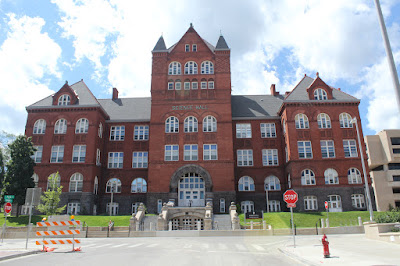 The marker is located in front of the left side of the Science Hall building.

Illustration of the State University of Madison
(now Bascom Hill Historic District),
from the 1885 edition of the Wisconsin Blue Book.
The Science Hall building is visible front right.
This media file is in the public domain.
Click here for more information.