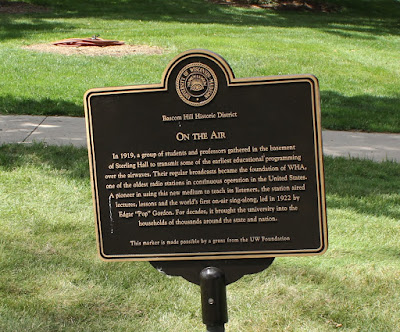 In 1919, a group of students and professors gathered in the basement of Sterling Hall to transmit some of the earliest educational programming over the airwaves. Their regular broadcasts became the foundation of WHA, one of the oldest radio stations in continuous operation in the United States. A pioneer in using this new medium to teach its listeners, the station aired lectures, lessons and the world's first on-air sing-along, led in 1922 by Edgar "Pop" Gordon. For decades, it brought the university into the households of thousands around the state and nation.

The marker is located on the UW-Madison campus on the Bascom Hill Mall, on near the south side of the Science Building, at or near 550 North Park Street, Madison Wisconsin 53706. 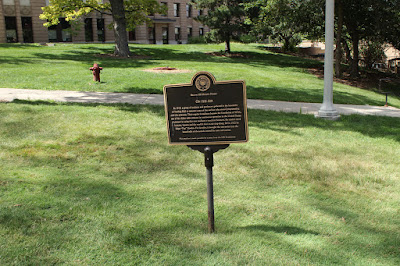 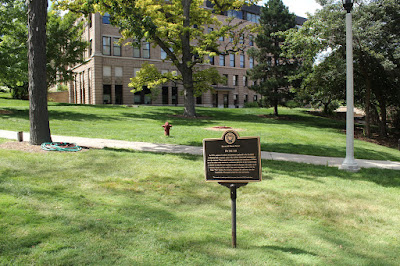 With the School of Education building in the background. 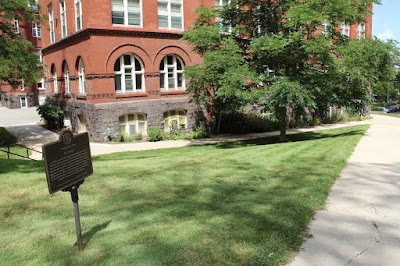 With the Science Hall visible to the right. 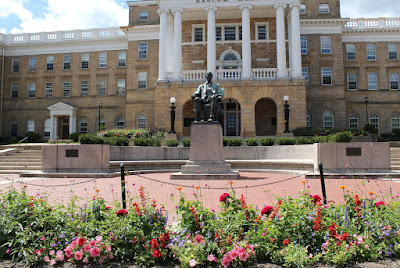 The Statue of Abraham Lincoln at the top of Bascom Hill Mall. 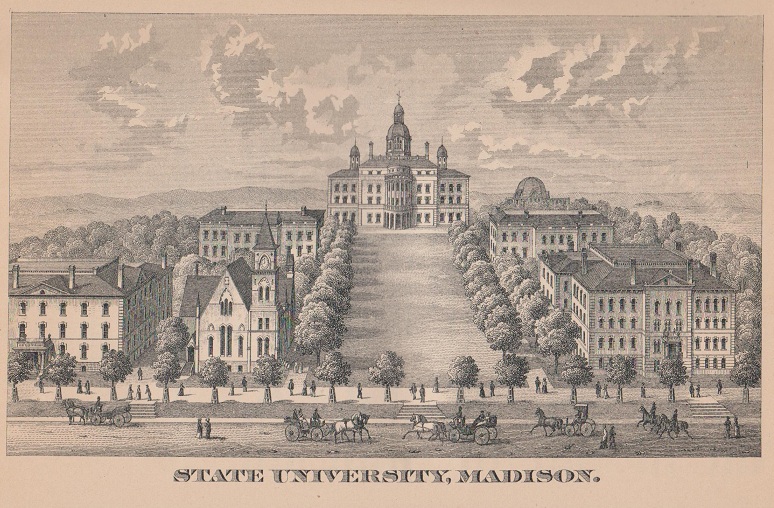