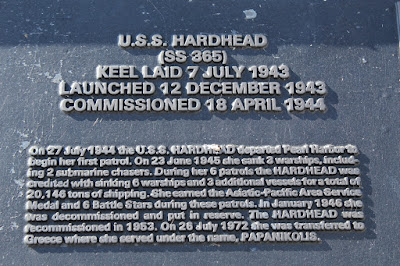 On 27 July 1944 the U.S.S. HARDHEAD departed Pearl Harbor to begin her first patrol. On 23 June 1945 she sank 3 warships, including 2 submarine chasers. During her 6 patrols the HARDHEAD was credited with sinking 6 warships and 3 additional vessels for a total of 20,146 tons of shipping. She earned the Asiatic-Pacific Area Service Medal and 6 Battle Stars during these patrols. In January 1946 she was decommissioned and put in reserve. The HARDHEAD was recommissioned in 1953. On 26 July 1972 she was transferred to Greece where she served under the name, PAPANIKOUS. 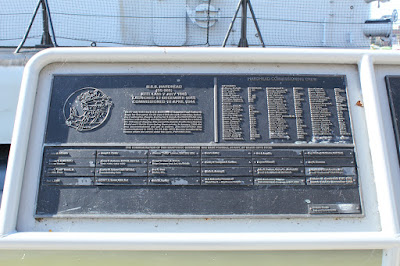 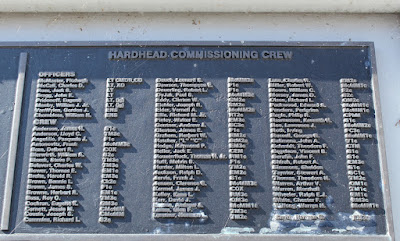 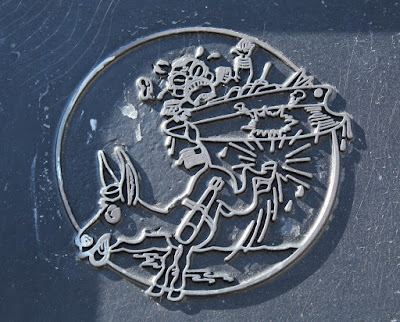 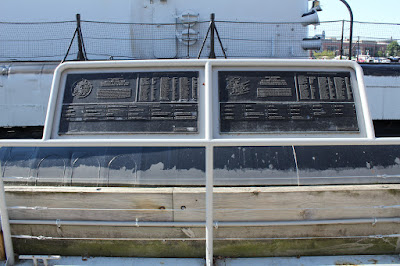 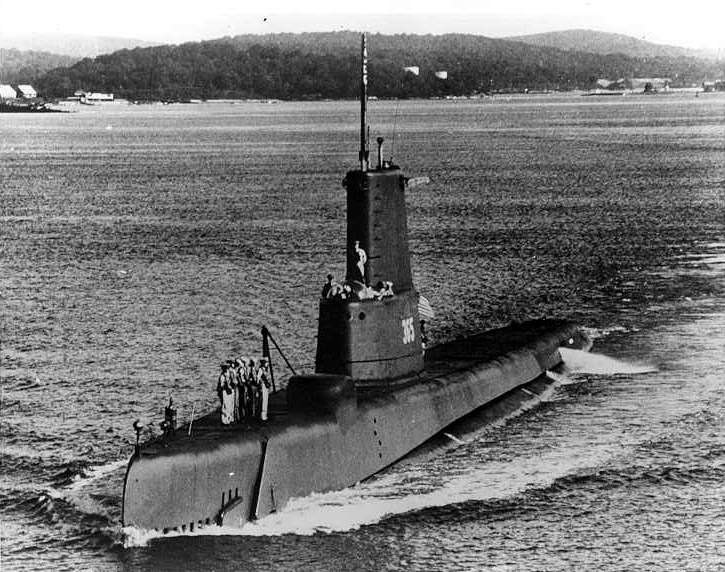 Portside view of the Hardhead (SS-365) after Guppy conversion,
circa post May 1953. The ship was later transfered to the Hellenic Navy
in 1972 and served until 1993 as HS Papanikolis, S-114.
This media file is in the public domain.
Click here for more information.