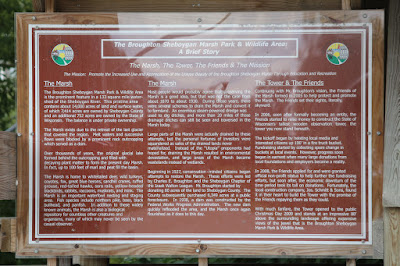 
The Broughton Sheboygan Marsh Park & Wildlife Area
A Brief History
— The Marsh, The Tower, The Friends & The Mission —

The Mission: Promote the Increased Use and Appreciation of the Unique Beauty of the Broughton Sheboygan Marsh Through Education and Recreation

The Broughton Sheboygan Marsh Park and Wildlife Area is the prominent feature in a 133 square mile watershed of the Sheboygan River. This pristine area contains about 14,000 acres of land and surface water, of which 7,414 acres are owned by Sheboygan County and an additional 752 acres are owned by the State of Wisconsin. The balance is under private ownership.

The Marsh exists due to the retreat of the last glacier that covered the region. Melt waters and successive flows were blocked by a prominent rock outcropping which served as a dam.

Over thousands of years, the original glacial lake formed behind the rock outcropping and filled with decaying plant matter to form the present day Marsh. In fact, up to 100 feet of marl and peat fill the basin.

The Marsh is home to whitetailed deer, wild turkeys, coyotes, fox, great blue herons, sandhill cranes, ruffed grouse, red-tailed hawks, sora rails, yellow-headed blackbirds, rabbits, raccoons, muskrats, and mink. The Marsh is an important waterfowl nesting and staging area. Fish species include northern pike, bass, black bullhead, and panfish. In addition to these widely known animals, the Marsh is also a biological repository for countless other creatures and organisms, many of which may never be seen by the casual observer.

Most people would probably agree that preserving the Marsh is a good idea, but that was not the case from about 1870 to about 1930. During those years, there were several schemes to drain the Marsh and convert it to farmland. An enormous steam­-powered dredge was used to dig ditches, and more than 20 miles of those drainage ditches can still be seen and traversed in the Marsh today.

Large parts of the Marsh actually were drained by these attempts, but the personal fortunes of investors were squandered as sales of the drained lands never materialized. Instead of the “Utopia” proponents had hoped for, draining the Marsh resulted in environmental devastation, and large areas of the Marsh became wastelands instead of wetlands.

Beginning in 1927, conservation - minded citizens began attempts to restore the Marsh. These efforts were led by Charles E. Broughton and the Sheboygan Chapter of the Izaak Walton League. Mr. Broughton started by donating 80 acres of the land to Sheboygan County. The County subsequently purchased 6,349 acres at a public foreclosure. In 1938, a dam was constructed by the Federal Works Progress Administration. The new dam quickly re­flooded the area, and the Marsh once again flourished as it does to this day.

The Tower & The Friends

Continuing with Mr. Broughton's vision, the Friends of the Marsh formed in 2005 to help protect and promote the Marsh. The Friends set their sights, literally, skyward.

In 2006, soon after formally becoming an entity, the Friends started to raise money to construct the State of Wisconsin's tallest wooden observation tower, the tower you now stand beneath.

The kickoff began by hoisting local media and interested citizens up 100' in a fire truck bucket. Fundraising started by collecting spare change in buckets at local events. However, progress soon began in earnest when many large donations from local foundations and employers became a reality.

In 2008, the Friends applied for and were granted official non-profit status to help further the fundraising efforts, but soon after, the economic downturn of the time period took its toll on donations. Fortunately, the local construction company, Jos. Schmitt & Sons, found it in their heart to build the Tower with the promise of the Friends repaying them as they could.

With much fanfare, the Tower opened to the public Christmas Day 2009 and stands at an impressive 80' above the surrounding landscape offering expansive views of the jewel that is the Broughton Sheboygan Marsh Park & Wildlife Area. 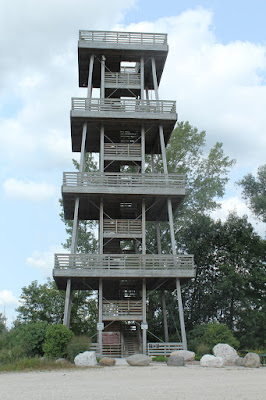 The marker is visible at the base of the tower. 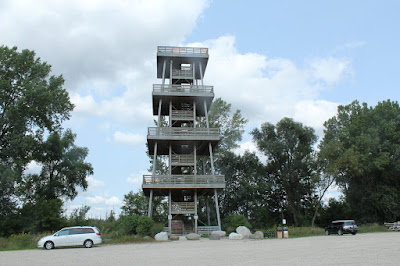 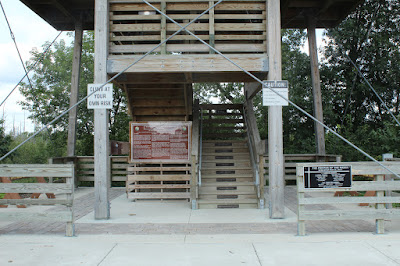 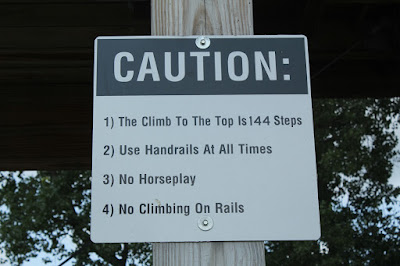 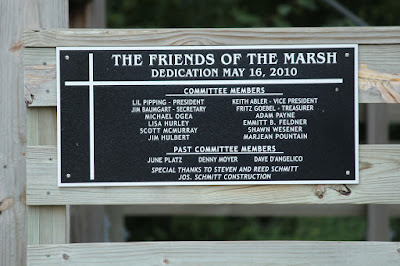 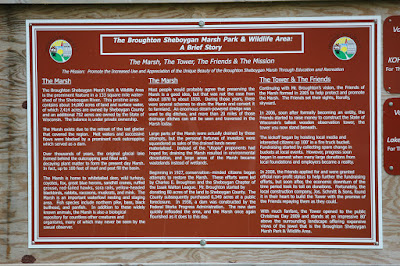 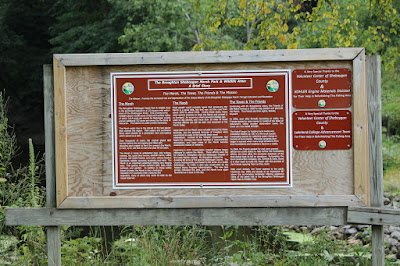 An identical marker at a different location. 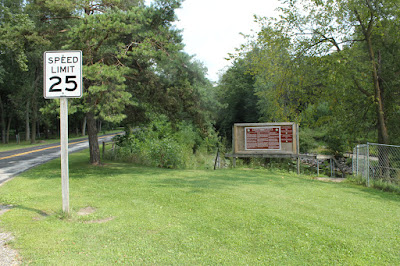 The markers are located at The Broughton Sheboygan Marsh Park &
Wildlife Area in Elkhart Lake, Wisconsin.