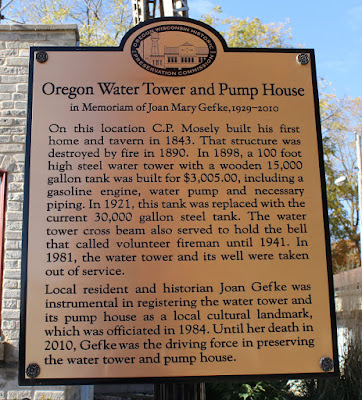 On this location C.O. Mosely built his first home and tavern in 1843. That structure was destroyed by fire in 1890. In 1898, a 100 foot high steel water tower with a wooden 15,000 gallon tank was built for $3,005.00, including a gasoline engine, water pump and necessary piping. In 1921, this tank was replaced with the current 30,000 gallon steel tank. The water tower cross beam also served to hold the bell that called volunteer firemen until 1941. In 1981, the water tower and its well were taken out of service.

The Oregon Water Tower and Pump House, now home to the Oregon Welcome Center, is located on southbound Janesville Street / County Highway MM, at its intersection with Spring Street, at or near 134 Janesville Street, Oregon, Wisconsin 53575. 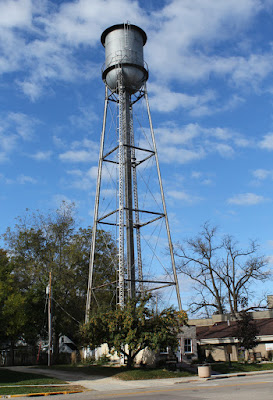 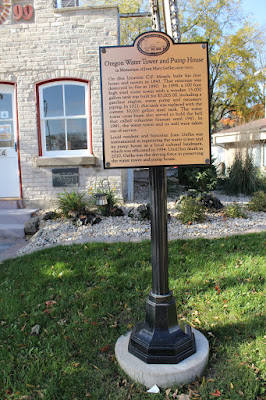 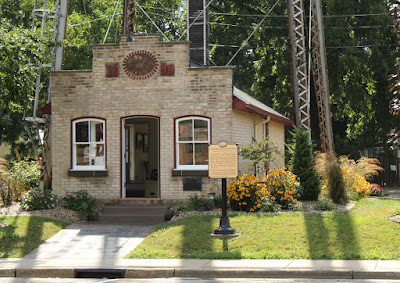 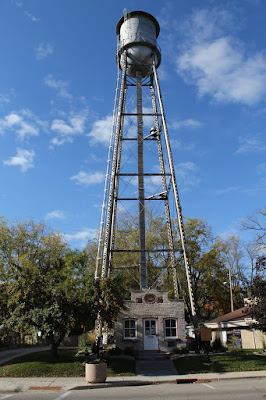 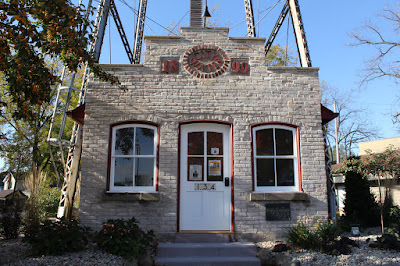 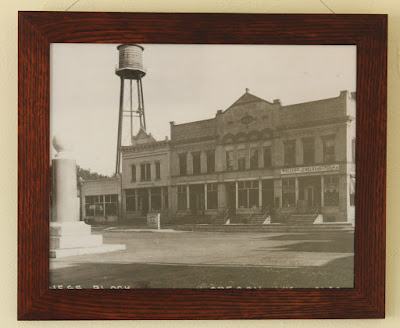 Downtown Oregon, circa 1922
On the wall inside the Welcome Center (used with permission). 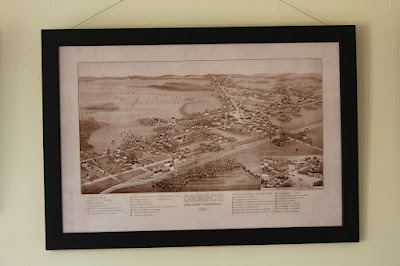 Map of Oregon, Wisconsin (1881)
On the wall inside the Welcome Center (used with permission). 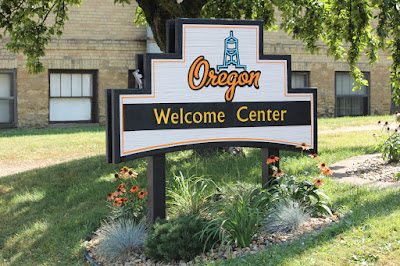 The property is now home to the Oregon Welcome Center. 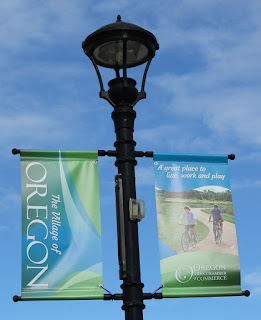 The Water Tower and Pump House and marker are located in Oregon, Wisconsin.