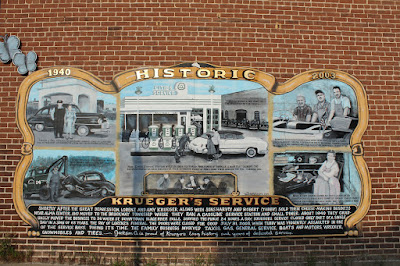 Shortly after the Great Depression Lorenz and Amy Krueger, along with sons Harvey and Robert (Tubby) sold their cheese-making business near Alma Center and moved to the Brockway Township where they ran a gasoline service station and small diner. About 1940 they gradually moved the business to 36 Water St. downtown Black River Falls, serving the public 24 hours a day. Kruegers [sic] Service closed only part of a single day in a span of 63 years, the day of Lorenz's funeral. The doors were closed for good July 31, 2003, when Tubby was violently assaulted in one of the service bays. During it's [sic] time, the family business involved taxis, gas, general service, boats and motors, wrecker, snowmobiles and tires.  Jackson Co. is proud of Krueger's long history and years of dedicated service.

The mural is located on the west side of a building, and is accessible from southbound North 1st Street, at its intersection with Main Street / Wisconsin Highway 54, at or near 103 Main Street, Black River Falls, Wisconsin 54615. 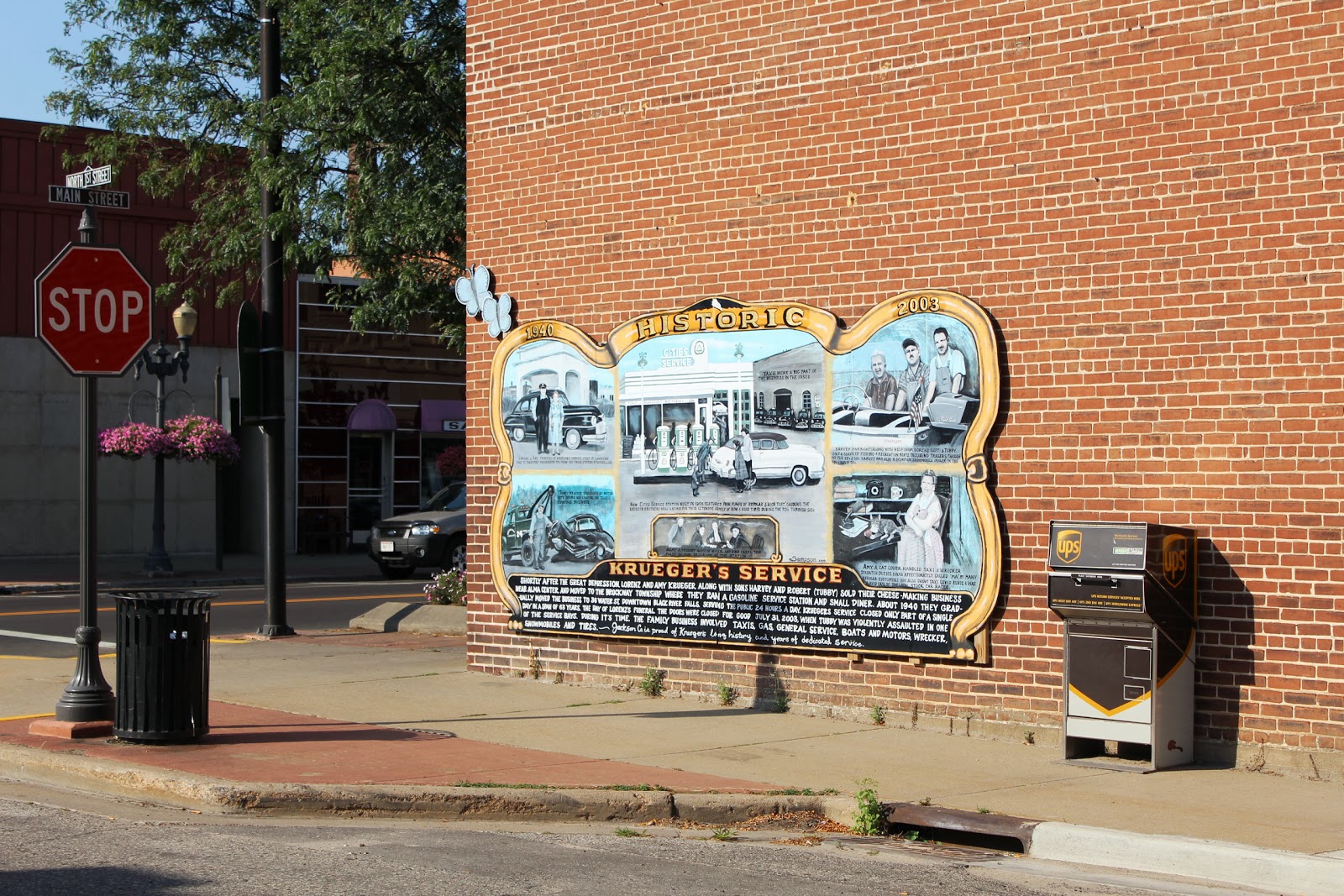 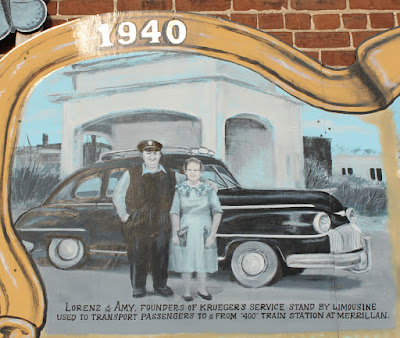 Lorenz & Amy, founders of Krueger's Service [sic] stand by limousine
used to transport passengers to & from "400" train station at Merrillian. 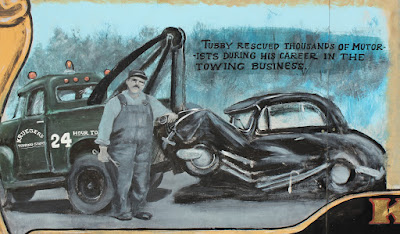 Tubby rescued thousands of motorists during his career
in the towing business. 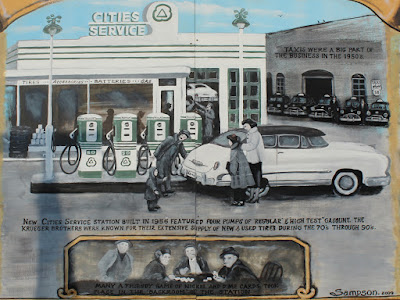 New Cities Service station built in 1956 featured four pumps of "regular" &
"high test" gasoline. The Krueger brothers were known for their extensive supply
of new & used tires during the 70's through 90's.

Many a friendly game of nickel and dine cards took
place in the "backroom" of the station. 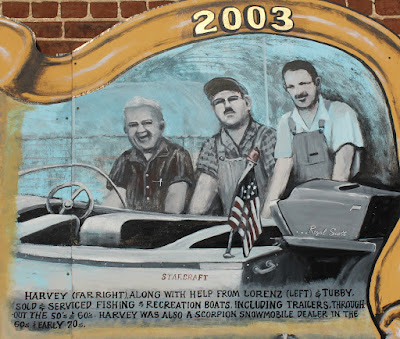 Harvey (far right), along with help from Lorenz (left) & Tubby.
sold & serviced fishing & recreation boats, including trailers, through-
out the 50's & 60's. Harvey was also a Scorpion snowmobile dealer in the
60's & early 70's. 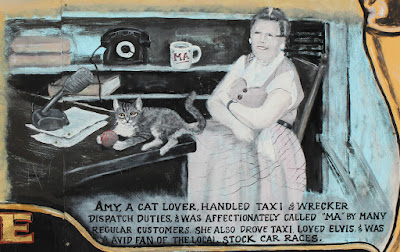 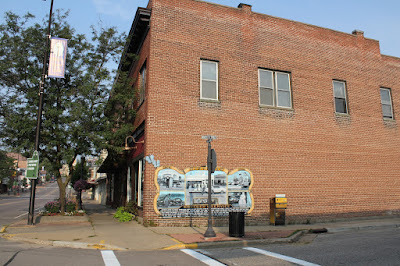