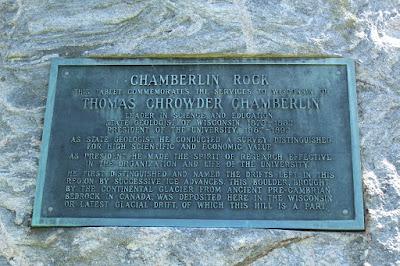 CHAMBERLIN ROCK
This tablet commemorates the services to Wisconsin of
THOMAS CHROWDER CHAMBERLIN
leader in science and education
State Geologist of Wisconsin, 1873-1882
President of the University, 1887-1892

As State Geologist he conducted a survey distinguished for high scientific and economic value.

As President he made the spirit of research effective in the organization and life of the University.

He first distinguished and named the drifts left in this region by successive ice advances. This boulder, brought by the continental glacier from ancient Pre-Cambrian bedrock in Canada, was deposited here in the Wisconsin or latest glacial drift, of which this hill is a part. 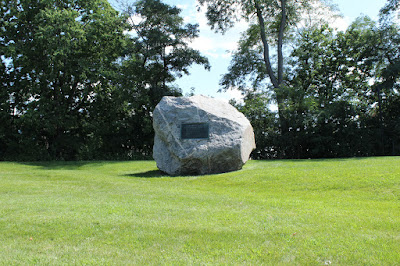 Photo of Thomas Chrowder Chamberlin in the 1870s
This media file is in the public domain.
Click here for more information. 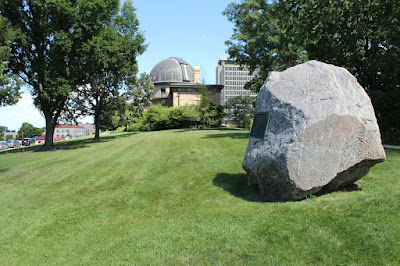 With Washburn Observatory to the east . . . 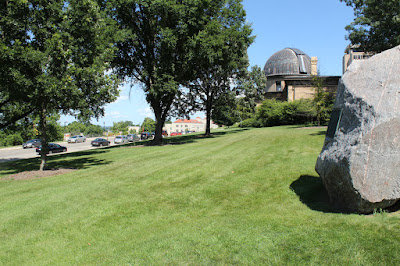 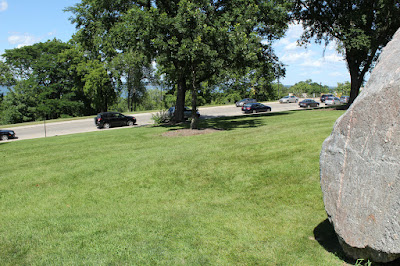 Plenty of parking on westbound Observatory Drive to access the marker. 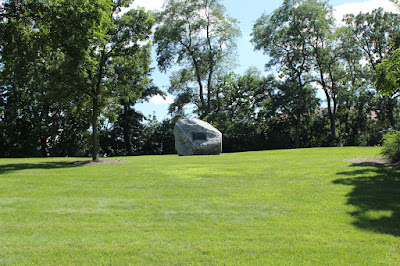 View of the boulder from Observatory Drive. 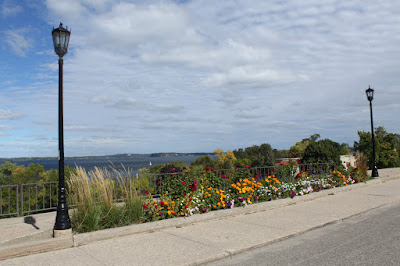 © Photographed October 3, 2015
Nearby view (above and below) of Lake Mendota from Observatory Drive. 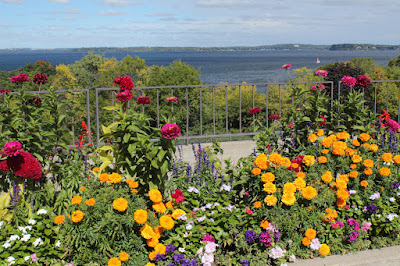 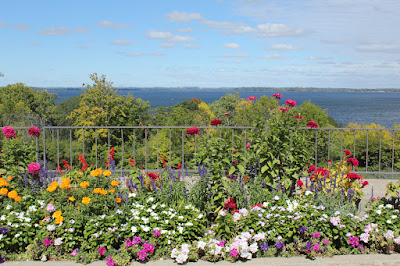