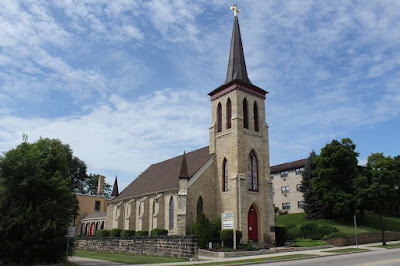 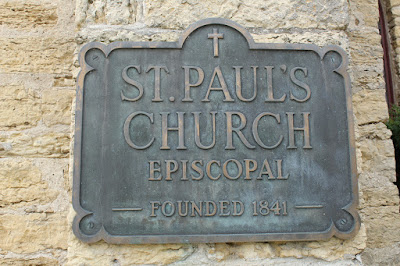 St. Paul's Episcopal Court is prestigious Wisconsin Registered Landmark No. 58:
The church is also listed on the National Register of Historic Places: Wisconsin.

Wisconsin Registered Landmark. St. Paul's Episcopal Church is significant as an outstanding example of early Gothic Revival architecture constructed of native Wisconsin limestone and excellently maintained. It is among the oldest stone Gothic churches extant in the state. The main block of the church is 40 feet by 58 feet, 6 inches, with articulated five-bay sides and a three-bay facade, front by a three-story tower. The tower is surmounted by an octagonal spire which soars 100 feet above ground. Tall lancet windows are flanked by engaged, stepped buttresses at the sides of the building. The buttressed corners are topped with pointed finials, and the corners of the tower are buttressed as well. Pointed arches punctuate the tower front. Above the doorway is a tripartite window of simple tracery at the second level and, above a simply dentiled string course, are two lancet windows on the third level. The rugged texture of random-cut ashlar limestone contrasts with the smoothness of finials and roof. The interior dark pine ceiling is braces with crossbeams which extend between the windows and which support rondels under the ceiling ridge. Although the design cannot be attributed with certainty to any architect, the building is a worthy example of early Gothic Revival architecture in the Upper Midwest, with fine proportions, skilled craftsmanship, and a commanding yet graceful design. The plan, dimensions and elevation are virtually identical to the "original sketch plans" by C.W. Otis for Grace Episcopal Church in Galena, Illinois, as recorded by the Historic American building Survey. St. Paul's Episcopal Church has been well maintained and in active use since the first services were held there in December of 1851. It is the oldest church in continuous service in Rock County. Its cornerstone was laid in the spring of 1848 on land donated by pioneer settler John Hackett, and the church was consecrated, with all debts paid, on March 27, 1856, Bishop Jackson Kemper. St. Paul's was designated a Wisconsin Registered Landmark in October, 1967, and entered in the National Register of Historic Places in April, 1978.
Bibliographic References: (A) Beloit Daily News 7/20/1994, P. 2A. (B) NRHP form, 1976.

This location is included in the Wisconsin Registered Landmarks program (1964-1973). 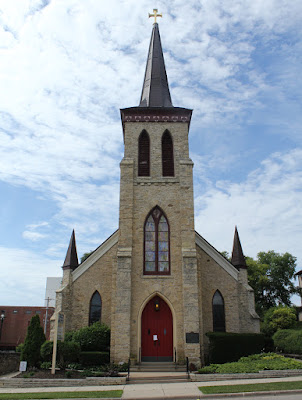 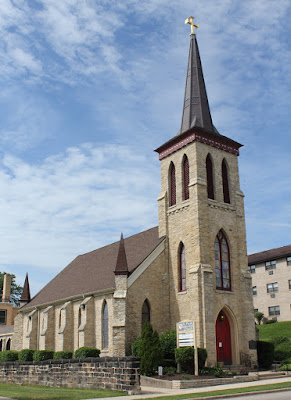 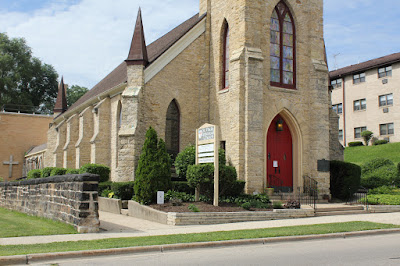 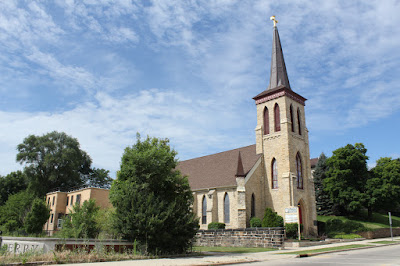 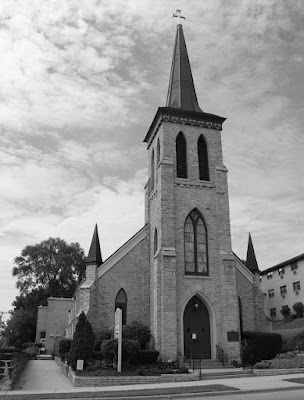 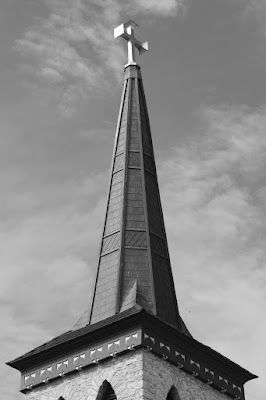 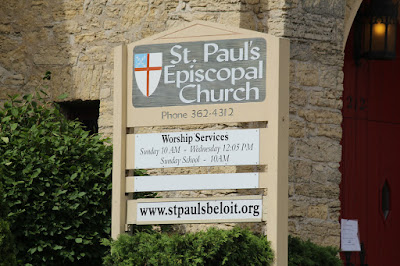 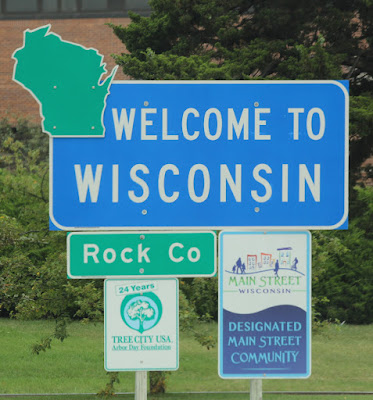