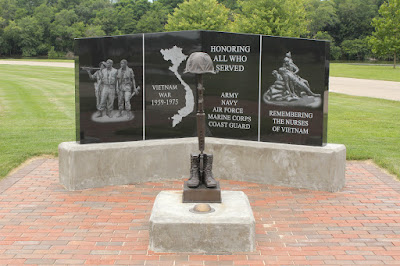 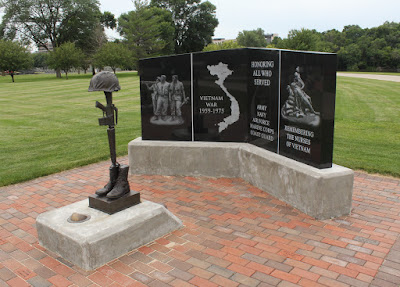 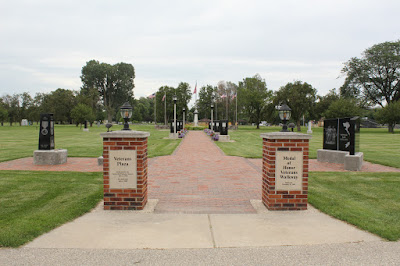 The memorial is part of Veterans Plaza / Medal of Honor Veterans Walkway,
and is visible to the immediate right.