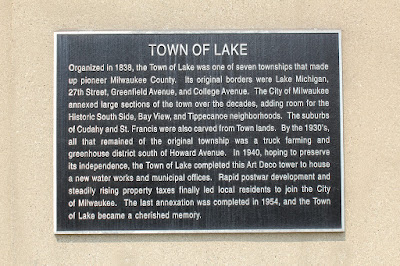 Organized in 1838, the Town of Lake was one of seven townships that made up pioneer Milwaukee County. Its original borders were Lake Michigan, 27th Street, Greenfield Avenue, and College Avenue. The City of Milwaukee annexed large sections of the town over the decades, adding room for the Historic South Side, Bay View, and Tippecanoe neighborhoods. The suburbs of Cudahy and St. Francis were also carved from Town lands. By the 1930’s, all that remained of the original township was a truck farming and greenhouse district south of Howard Avenue. In 1940, hoping to preserve its independence, the Town of Lake completed this Art Deco tower to house a new water works and municipal offices. Rapid postwar development and steadily rising property taxes finally led local residents to join the City of Milwaukee. The last annexation was completed in 1954, and the Town of Lake became a cherished memory. 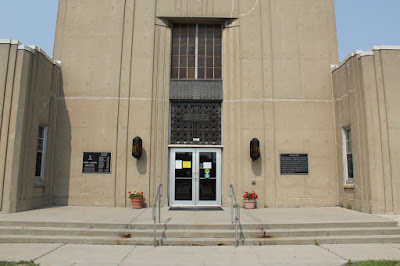 The marker is mounted to the facade, to the right of the entrance. 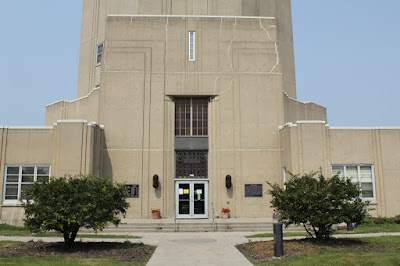 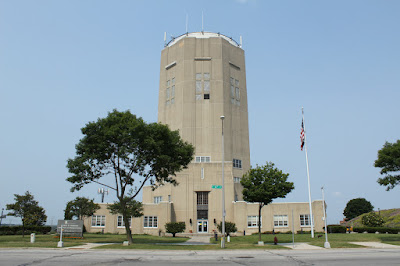 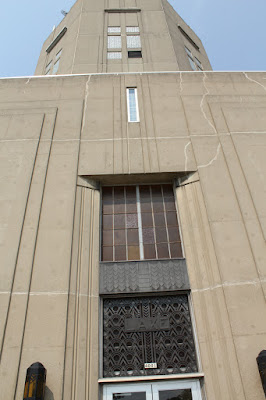 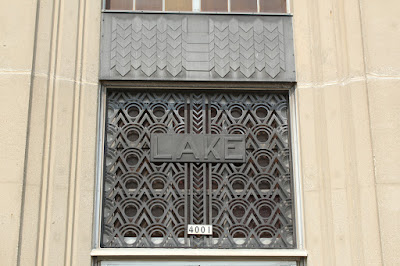 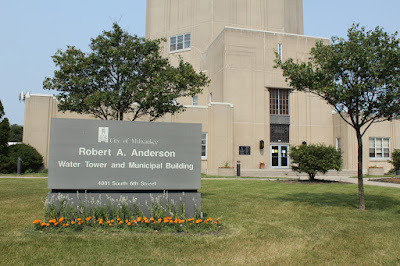 The marker is located at the Robert A. Anderson
Water Tower and Municipal Building.