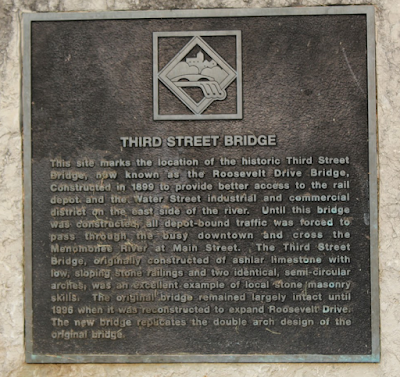 This site marks the location of the historic Third Street Bridge, now known as the Roosevelt Drive Bridge. Constructed in 1899 to provide better access to the rail depot, and the Water Street industrial and commercial district on the east side of the river. Until this bridge was constructed, all depot-bound traffic was forced to pass through the busy downtown and cross the Menomonee River at Main Street. The Third Street Bridge, originally constructed of ashlar limestone with low, sloping stone railings are two identical, semi-circular arches was an excellent example of local stone masonry skills. The original bridge remained largely intact until 1996 when it was reconstructed to expand Roosevelt Drive. The new bridge replicates the double arch design of the original bridge.

The marker is located at Mill Pond Park, on the east bank of Mill Pond, and is accessible from eastbound Roosevelt Drive, at the driveway leading into Mill Pond Park, Menomonee Falls, Wisconsin 53051. 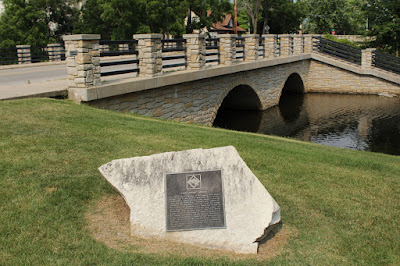 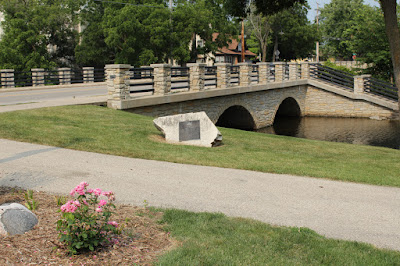 With the Third Street Bridge in the background. 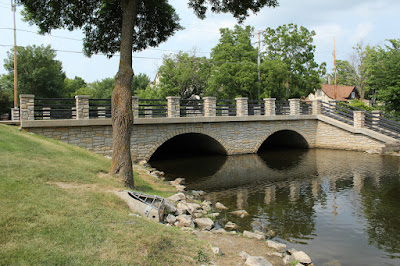 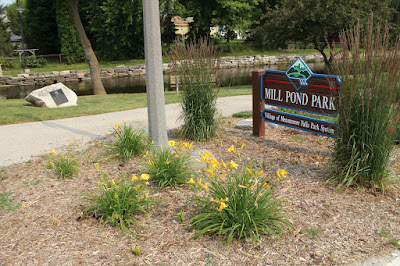