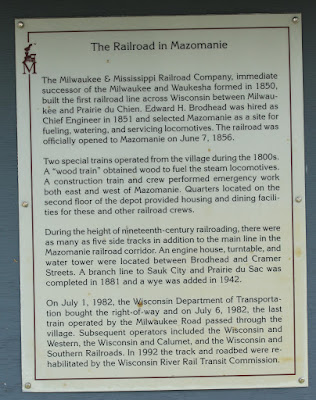 The Milwaukee & Mississippi Railroad Company, immediate successor of the Milwaukee and Waukesha formed in 1850, built the first railroad line across Wisconsin between Milwaukee and Prairie du Chien. Edward H. Brodhead was hired as Chief Engineer in 1851 and selected Mazomanie as a site for fueling, watering, and servicing locomotives. The railroad was officially opened to Mazomanie on June 7, 1856.

Two special trains operated from the village during the 1800s. A "wood train" obtained wood to fuel the steam locomotives. A construction train and crew performed emergency work both east and west of Mazomanie. Quarters located on the second floor of the depot provided housing and dining facilities for these and other railroad crews.

During the height of nineteenth-century railroading, there were as many as five side tracks in addition to the main line in the Mazomanie railroad corridor. An engine house, turntable, and water tower were located between Brodhead and Cramer Streets. A branch line to Sauk City and Prairie du Sac was completed in 1881 and a wye added in 1942.

The marker is located at a small park alongside the Mazomanie railroad tracks, and is accessible from a parking lot on northbound Brodhead Street / County Highway Y, south of its intersection with Crescent Street, at or near 25 Brodhead Street, Mazomanie, Wisconsin 53560. 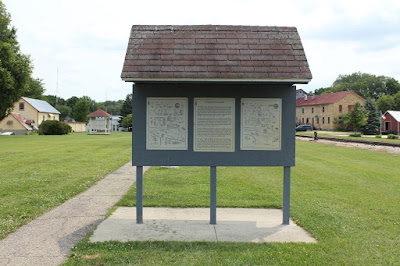 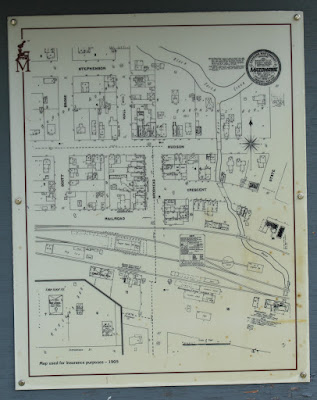 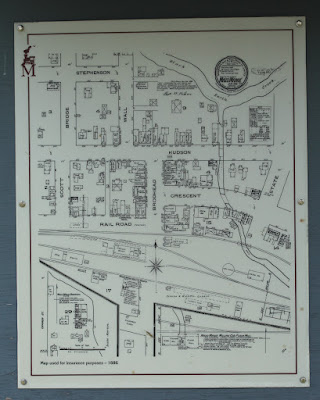