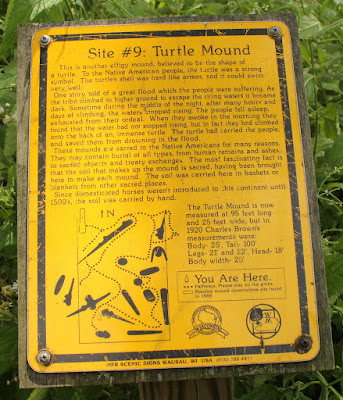 This is another effigy mound, believed to be the shape of a turtle. To the Native American people, the turtle was a strong symbol. The turtle's shell was hard like armor, and it could swim very well.

One story told of a great flood which the people were suffering. As the tribe climbed to higher ground to escape the rising waters it became dark. Sometime during the middle of the night, after many hours and days of climbing, the waters stopped rising. The people fell asleep, exhausted from their ordeal. When they awoke in the morning they found that the water had not stopped rising, but in fact they had climbed onto the back of an, immense turtle. The turtle had carried the people and saved them from drowning in the flood.

These mounds are sacred to the Native Americans for many reasons. They may contain burial of all types, from human remains and ashes, to sacred objects and treaty exchanges. The most fascinating fact is that the soil that makes up the mound is sacred, having been ground here to make each mound. The soil was carried here in baskets or blankets from other sacred places.

Since domesticated horses weren't introduced to this continent until 1500's, the soil was carried by hand.

The Turtle Mound is now measured at 95 feet long and 25 feet wide, but in 1920 Charles Brown's measurements were:

[NOTE: This marker transcribed exactly as written, without changes to errors in grammar, punctuation, syntax, and just plain awful writing.] 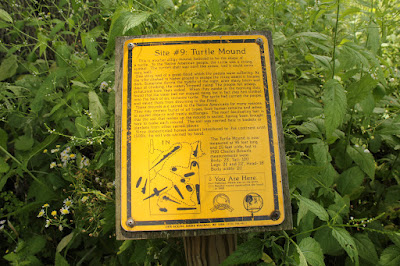 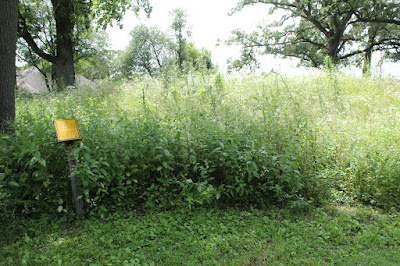