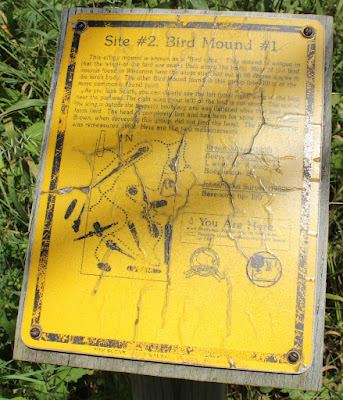 This effigy mound is known as "Bird type." This mound is unique in that the wings of the bird are swept back along the body. Most of the bird mounds found in Wisconsin have the wings stretched out at 90 degree angles to the bird's body. The other Bird Mound in this group (site #10) is of the more commonly found type.

As you look South, you can clearly see the left (your right) wing of the bird near the pathway. The right wing (your left) of the bird is cut short. The rest of the wing is outside the property boundary, and was flatened when the land was a farm field. The head is completely lost and has been for some time. Charles Brown, when surveying this group, did not find the head. The Mound Group was remeasured in 1989. Here are the two measurements: 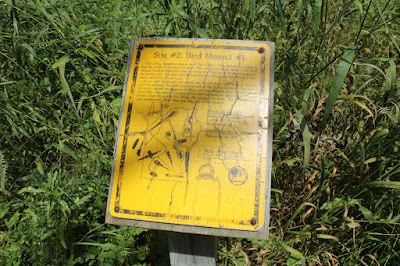 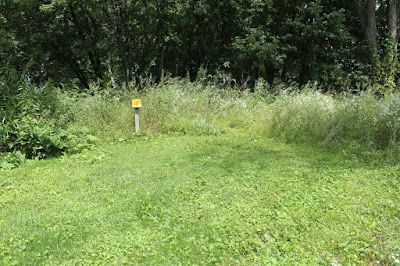