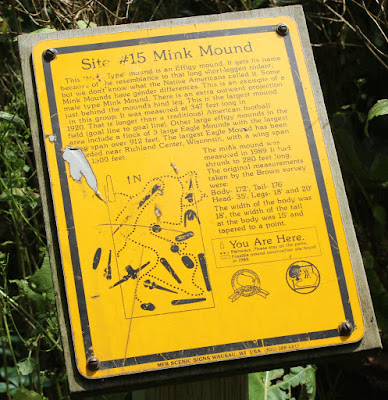 This "Mink Type" mound is an Effigy mound. It gets its name because of the resemblance to that long [sit] short-legged rodent, but we don't know what the Native Americans called it. Some Mink Mounds have gender differences. This is an example of a male type Mike Mound. There is an extra outward projection just behind the mound's hind leg. This is the largest mound in this group. It was measured at 347 feel long in 1920. That is longer than a traditional American football field (goal line to goal line). Other large effigy mounds in the area include a flock of 3 large Eagle Mounds with the largest wing span over 912 feet. The largest Eagle Mound has been recorded near Richland Center, Wisconsin, with a sing span over 1500 feet.

The mink mound was measured in 1989. It had shrunk to 280 feet long. The original measurements taken by the Brown survey were: 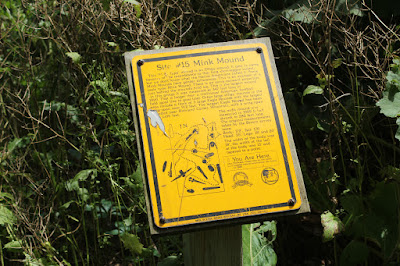 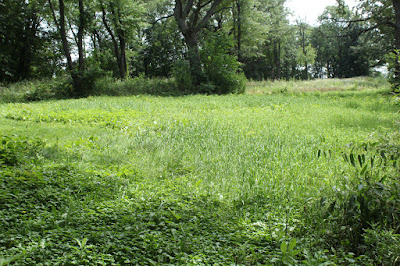