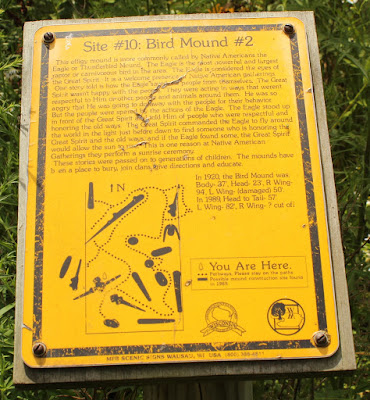 This effigy mound is more commonly called by Native Americans the Eagle or Thunderbird Mound. The Eagle is the most powerful and largest raptor or carnivorous bird in the area. The Eagle is considered the eyes of the Great Spirit. It is a welcome presence in Native American gatherings.

These stories were passed on to generations of children. The mounds have been a place to bury, join clans, give directions and educate.

[NOTE: This marker transcribed exactly as written, without correcting errors in grammar, use of articles, use of pronouns, and just plain awful writing.]

The Whitewater Effigy Mounds Preserve is listed on the National Register of Historic Places: Wisconsin. 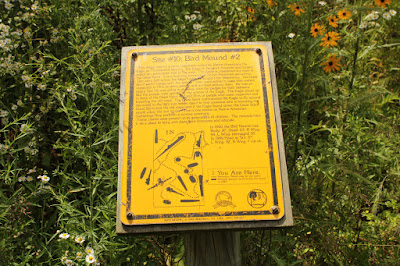 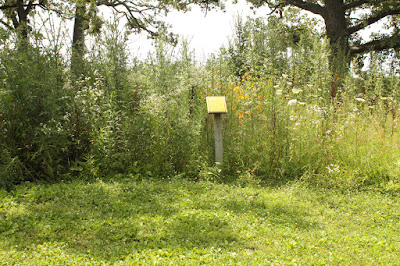