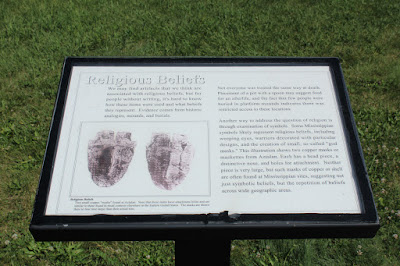 We may find artifacts that we think are associated with religious beliefs, but for people without writing, it's hard to know how these items were used and what beliefs they represent. Evidence comes from historic analogies, mounds, and burials.

Not everyone was treated the same way at death. Placement of a pot with a spoon may suggest food for an afterlife, and the fact that few people were buried in platform mounds indicates there was restricted access to these locations.

Another way to address the question of religion is through examination of symbols. Some Mississippian symbols likely represent religious beliefs, including weeping eyes, warriors decorated with particular designs, and the creation of small, so-called "god masks."  This illustration shows two copper masks or maskettes from Aztalan. Each has a head piece, a distinctive nose, and holes for attachment. Neither piece is very large, but such masks of copper or shell are often found at Mississippian sites, suggesting not just symbolic beliefs, but the repetition of beliefs across wide geographic areas.

Religious Beliefs
Two small copper "masks" found at Aztalan. Note that these items have attachment holes and are similar to those found in ritual contests elsewhere in the Eastern United States. The masks are shown three to four times larger than their actual size. 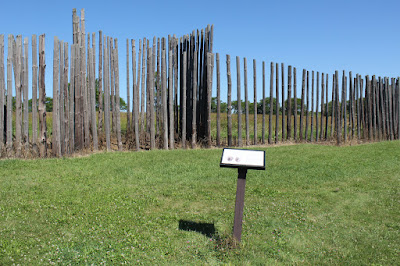 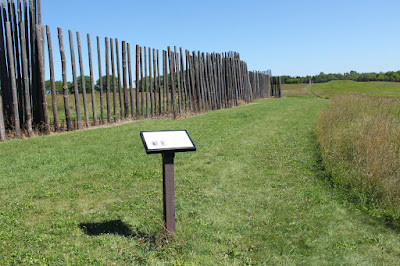 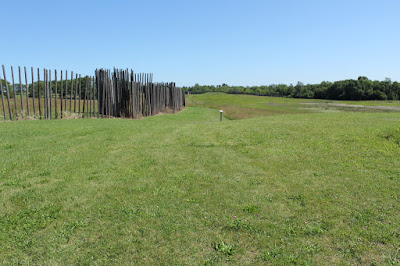 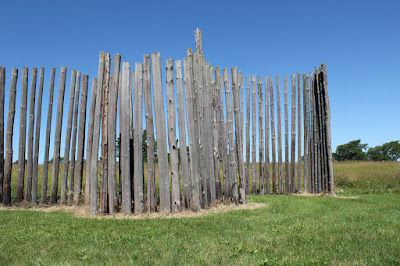 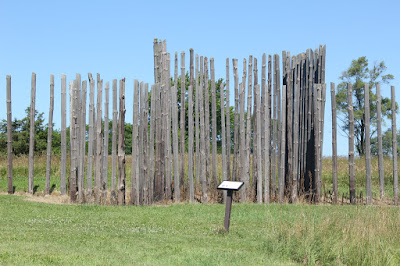 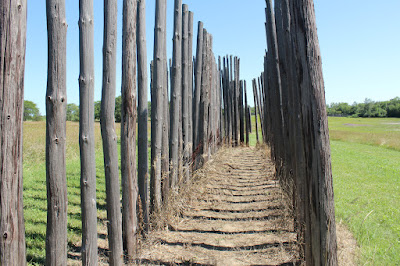 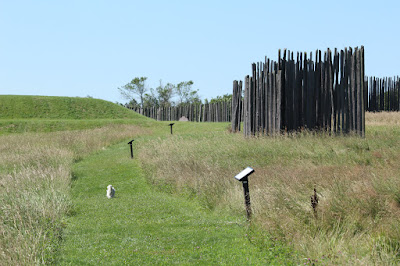