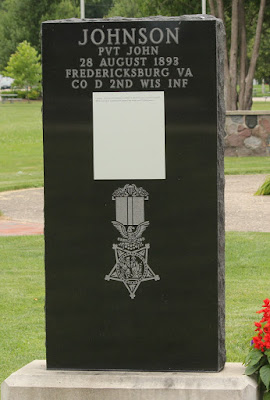 Citation: Conspicuous gallantry in battle in which he was severely wounded. While serving as cannoneer he manned the positions of fallen gunners. 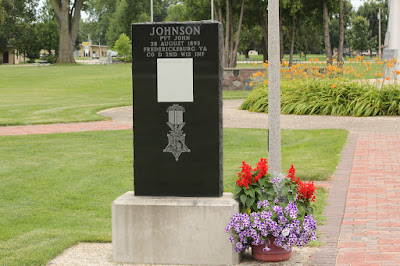 John Johnson (March 25, 1842-April 3, 1907) served in the Union Army
during the American Civil War. He was awarded the Medal of Honor
for his actions during the Battle of Antietam and the Battle of Fredericksburg.
This media file is in the public domain.
Click here for more information.

Pvt John Johnson's memorial is third on the left.