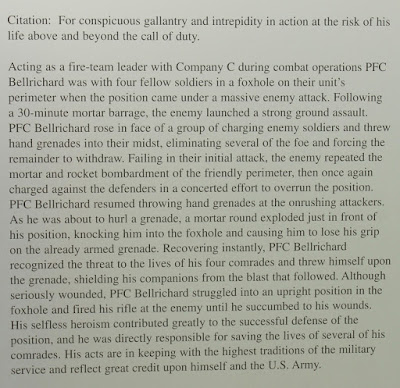 PFC Leslie Allen Bellrichard's memorial is first on the right.