Designated as a landmark of the City of Milwaukee in 1972, commemorating the place where Father Marquette, French Jesuit missionary, explorer of the Mississippi Valley and Lake Michigan, camped with two companions on November 23-27, 1674.

The marker is located at Pere Marquette Park on the southeast corner of the intersection of North Old World 3rd Street and West State Street / U.S. Route 18, Milwaukee, Wisconsin 53203.


NOTE: It is nearly impossible to find parking at this location. The location is also in a maze of one-way streets, "no U-turn" restrictions, and loads of traffic.

Use the "Father Jacques Marquette (1637-1675) in Wisconsin" label below to view all markers on this website related to Father Marquette; there are many. 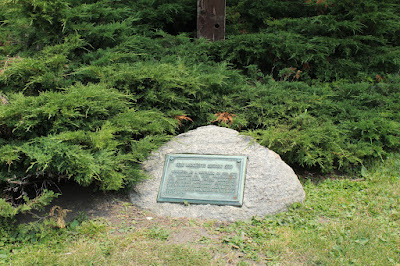 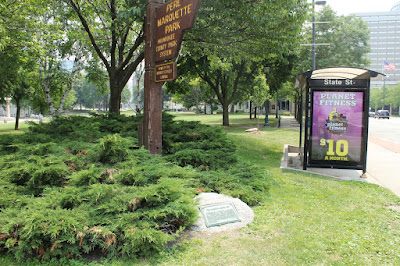 Pere Marquette 1869
by Wilhelm Lamprecht (German 1838-1906)
This image is in the public domain.
Click here for more information. 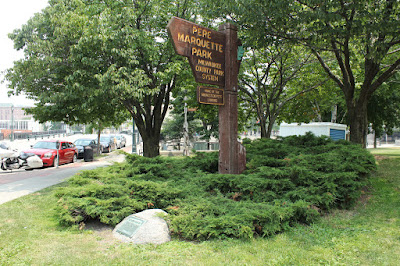 The marker is located at Pere Marquette Park in Milwaukee, Wisconsin.
That's gridlocked westbound West State Street in the background.