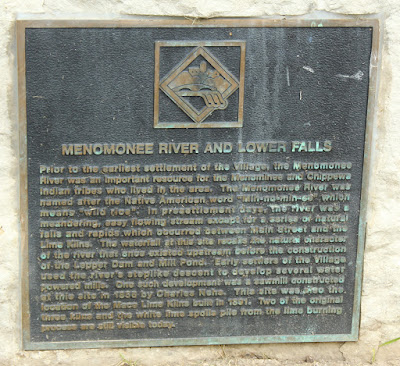 Prior to the earliest settlement of the Village, the Menomonee River was an important resource for the Menominee and Chippewa Indian tribes who lived in this area. The Menomonee River was named after the Native American word "Min-no-min-ee" which means "wild rice". In presettlement days, the river was a meandering, easy flowing stream except for a series of natural falls and rapids which occurred between Main Street and the Lime Kilns. The waterfall at this site recalls the natural character of the river that once existed upstream before the construction of the Lepper Dam and Mill Pond. Early settlers of the Village used the river's steplike descent to develop several water powered mills. One such development was a sawmill constructed at this site in 1856 by Charles Nehs. This site was also the location of the Mace Lime Kilns built in 1891. Two of the original three kilns and the white lime spoils pile from the lime burning process are still visible today.

NOTE: The marker is an easy .3-mile walk from the parking lot.

These markers are also located at Lime Kiln Park: 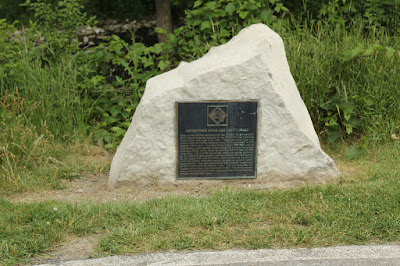 With the Menomonee River visible in the background. 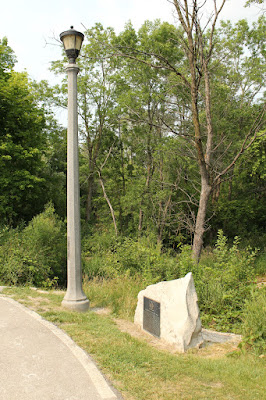 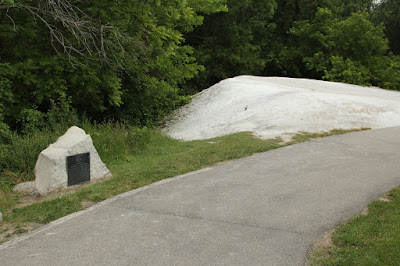 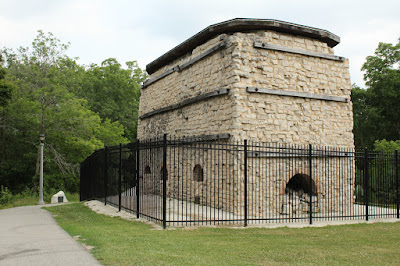 The marker is visible to the left of the lime kiln. 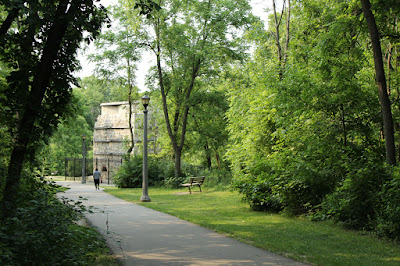 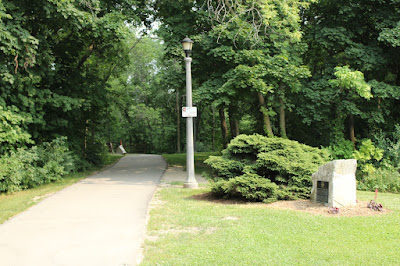 Follow this path, adjacent to the parking lot, to the marker's location. 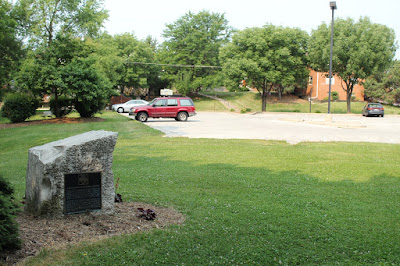 Park in this parking lot to access the marker
The marker is located at Lime Kiln Park in Menomonee Falls, Wisconsin.