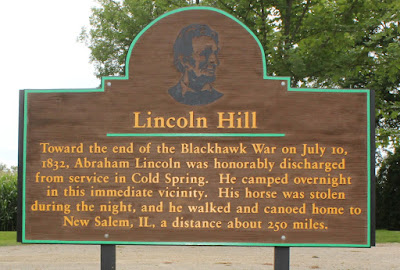 Toward the end of the Blackhawk War on July 10, 1832, Abraham Lincoln was honorably discharged from service in Cold Spring. He camped overnight in this immediate vicinity. His horse was stolen during the night, and he walked and canoed home to New Salem, IL, a distance about 250 miles.

Abraham Lincoln served as a volunteer in the Illinois Militia from April 21, 1832 – July 10, 1832 during the Black Hawk War. Lincoln never saw combat during his tour but was elected captain of his first company. He was also present in the aftermath of two of the war's battles, where he helped to bury the militia dead. He was mustered in and out of service during the war, going from captain to private and finishing his service in an independent spy company commanded by Captain Jacob Early.

Lincoln's service had a lasting impression on him and he related tales about it later in life with modesty and a bit of humor. Through his service he was able to forge lasting political connections. In addition, he received a land-grant from the U.S. government for his military service during the war. Though Lincoln had no military experience when he assumed command of his company, he is generally characterized as an able and competent leader.

The marker is mentioned in this Wisconsin Trails article, by Chelsey Lewis:
Follow Lincoln's Travels in southern Wisconsin


Use the "black hawk war" label, below, to locate all markers in this series included on the Wisconsin Historical Markers website. 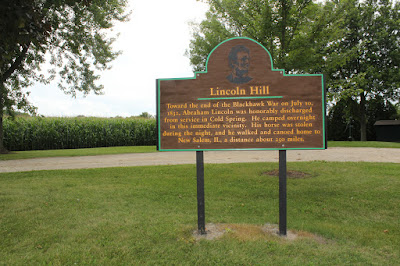 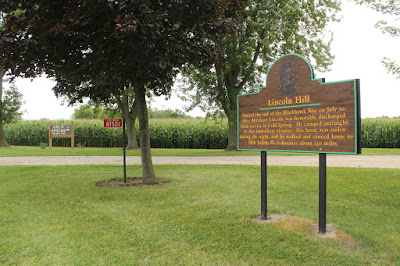 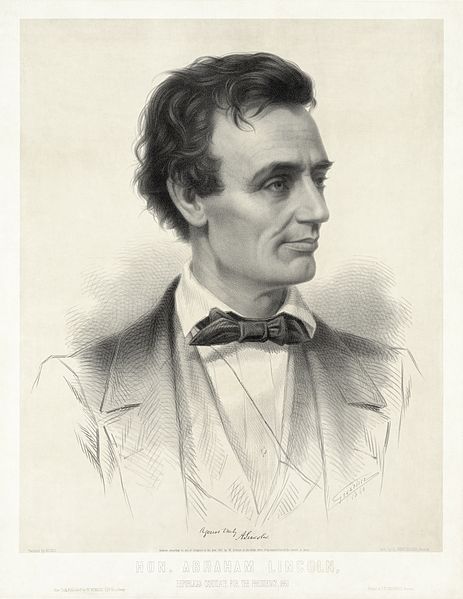 "Hon. Abraham Lincoln, Republican candidate for the presidency, 1860" - Lithograph by Leopold Grozelier, et al, showing the young Abraham Lincoln, before he grew his iconic beard. According to the Library of Congress, "Thomas Hicks painted a portrait of Lincoln at his office in Springfield specifically for this lithograph." This painting is in the collections of the Chicago Historical Society.
This media file is in the public domain.
Click here for more information. 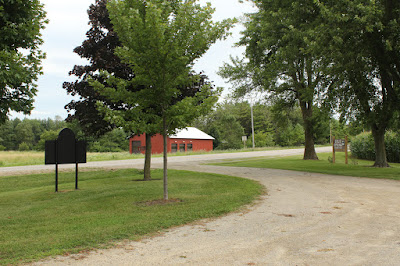 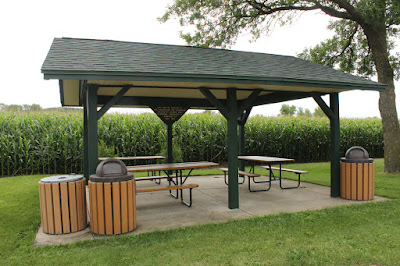 Corn fields and a picnic area -- so Wisconsin! 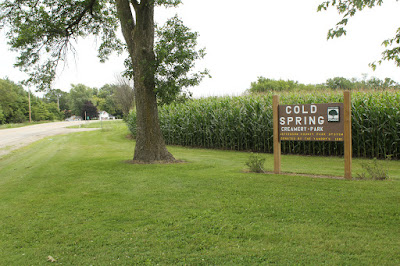 Looking south, with County Highway N to the left. 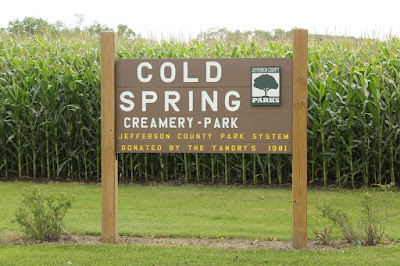 The marker is located at Creamery Park in Cold Spring, Wisconsin.