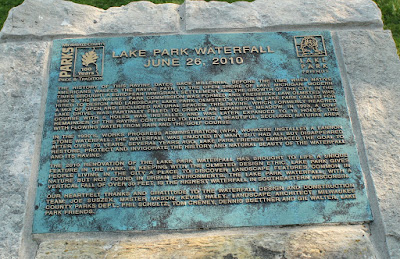 The history of this ravine dates back millennia, before the time when Native Americans walked the ravine path to the open shore of Lake Michigan. Modern times brought European immigrant settlement and the growth of the city in the 1890's. The Milwaukee Park Commission was formed and Frederick Law Olmsted was hired to design and landscape Lake Park. Olmsted's vision in Lake Park called for a mix of open and secluded natural spaces. This ravine, which formerly reached Lake Drive, was partially filled to create an expansive meadow in 1903. A golf course with 6 holes was installed and was later expanded to 18 holes. The remainder of the ravine continued to provide a beautiful, secluded natural area with flowing water from rain and the golf course.

In the 1930's, Works Progress Administration (WPA) workers installed a Lannon stone waterfall. The waterfall was enjoyed by many but had all but disappeared after over 70 years. Several years ago Lake Park Friends embraced the goal to restore, protect and invigorate the history and natural beauty of the waterfall and its ravine.

The 2010 renovation of the Lake Park Waterfall has brought to life a unique feature in the park. In keeping with the Olmsted design ethic, Lake Park gives people living in the city a place to discover landscape features common in nature but not found in urban environments. The Lake Park waterfall, with a vertical fall of over 30 feet, is the highest waterfall in southeastern Wisconsin.

The marker is at Lake Park, alongside Oak Leaf Trail, a short distance from the parking lot for Bartolotta's Lake Park Bistro, located at 3133 East Newberry Boulevard, Milwaukee, Wisconsin 53211.

NOTE: The above GPS coordinates will take you to the marker's exact location in the park.

These markers are also located at Lake Park: 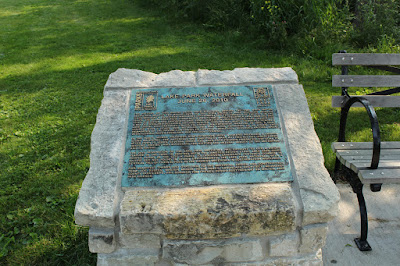 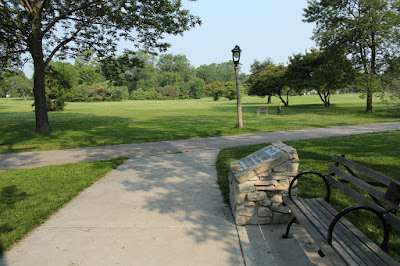 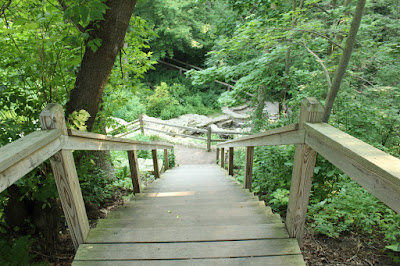 The steep stairs to the waterfall. 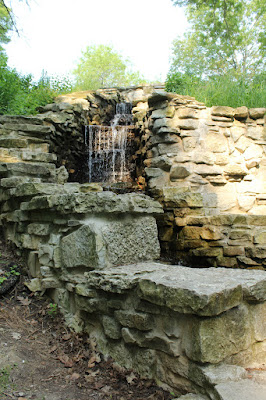 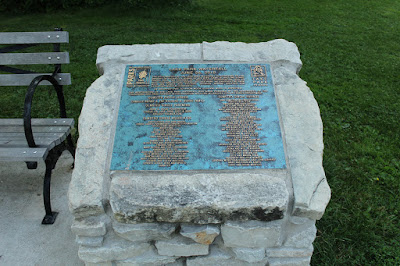 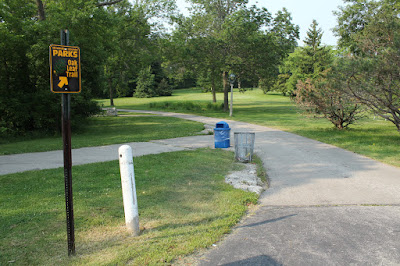 The path from the parking lot; the marker is visible in the distance, to the left. 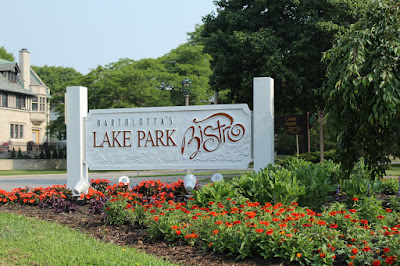 The marker is accessible from the parking lot for Bartolotta's Lake Park Bistro.