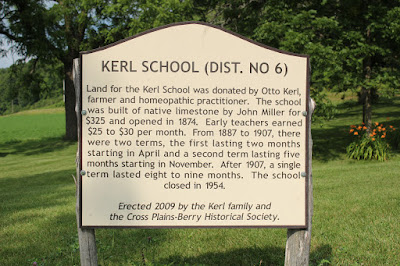 Land for the Kerl School was donated by Otto Kerl, farmer and homeopathic practitioner. The school was built of native limestone by John Miller for $325 and opened in 1874. Early teachers earned $25 to $30 per month. From 1887 to 1907, there were two terms, the first lasting two months starting in April and a second term lasting five months starting in November. After 1907, a single term lasted eight to nine months. The school closed in 1954. 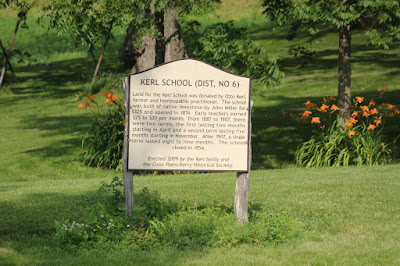 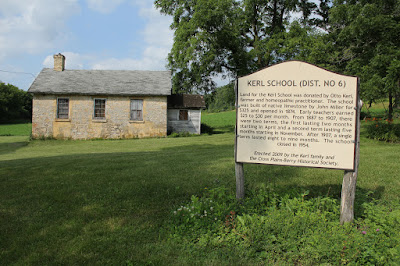 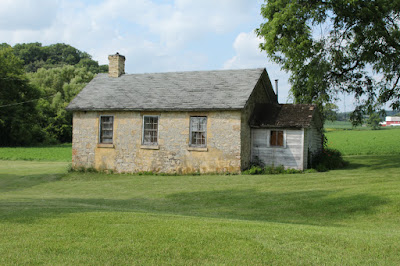 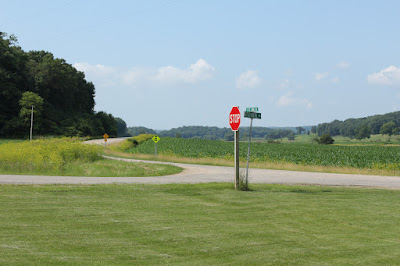 Looking southwest from the marker location.